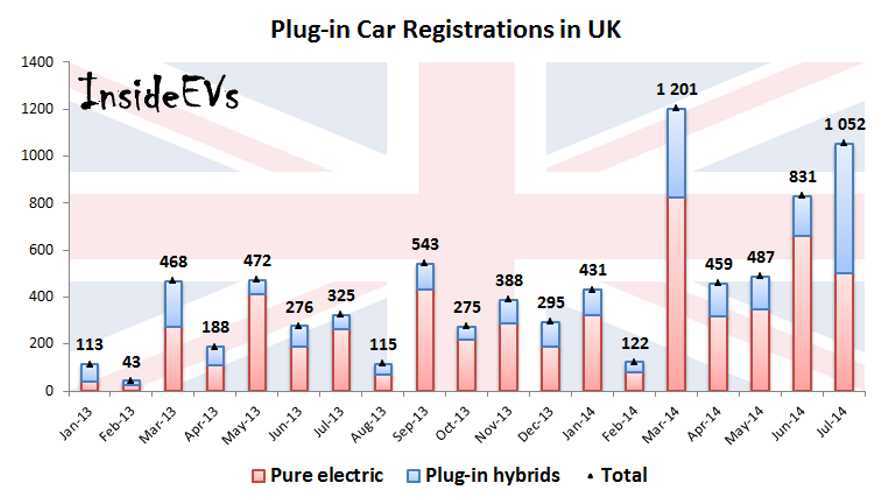 The Number of plug-in car registrations reached the second highest level ever in the UK in July and, at the same time, sales of PHEVs for the very first time exceeded sales for BEVs.

We are of course curious which models did so well in July and we found out that the leader is the Mitsubishi Outlander PHEV, which must have more than 450 registrations!

"The arrival of the much anticipated Outlander PHEV is helping the company’s sales success. In July Outlander PHEV outsold all other vehicles which qualify for the governments Plug-in Car Grant, accounting for 43% of successful applications. This car has received huge levels of public interest, driven by the vehicle’s outstanding fuel consumption of 148mpg and low emission credentials – 44g/km."

The British market is growing with more than 4,500 plug-in cars sold so far this year.