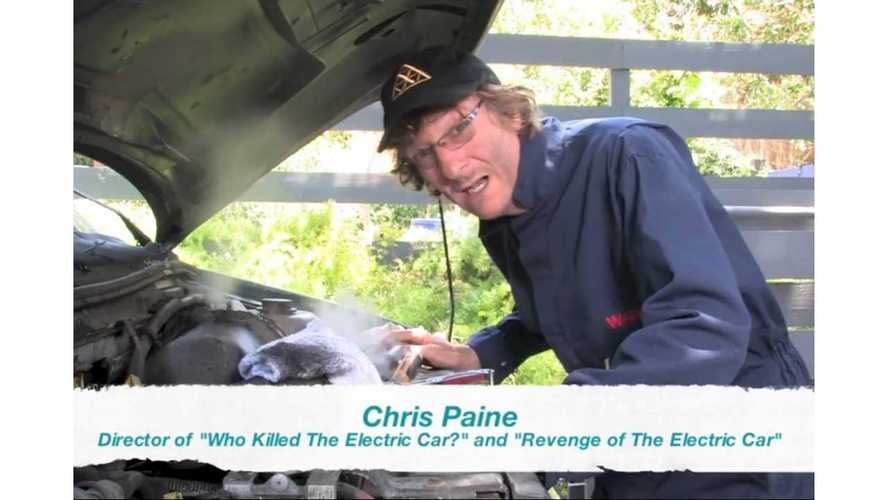 Chris Paine, who famously brought us the documentaries "Who Killed the Electric Car?" and "Revenge of the Electric Car" has put himself in front of the camera for a good cause.

The event runs from September 15th through the 21st, and a listing of the already 60 locations (at time of press) can be found here.  If you don't see a gathering in your 'neck of the woods' on the map, why not think about getting involved?

To help out with an existing event location, or to organize a new event, check out National Drive Electric Weeks volunteer sign-up sheet here.

Plug In America, the Sierra Club and the Electric Auto Association are national organizers teaming up with local groups across the country and abroad to organize events. National sponsors include the Nissan LEAF and the Dent Agency.