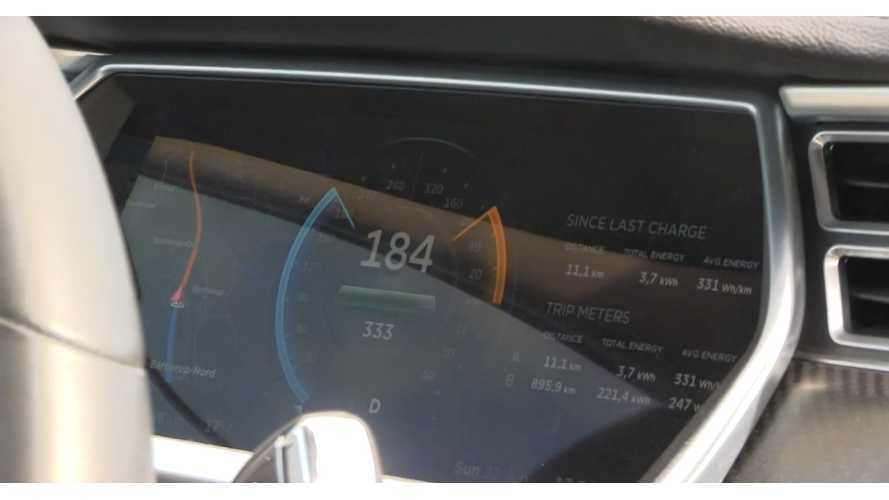 A Tesla Model S 85 kWh Performance on an open highway with no speed limit...

As soon as Bjorn Nyland unleashes his Tesla Model S P85 on the German Autobahn, he is astounded by how quickly it accelerates.

As you likely already know, portions of the Autobahn highway in Germany have no speed limit, so with a car such as the Model S, why not take advantage of the opportunity to max it out.

Bjorn stated that the noise level was very low at a higher speed. That's mainly because of quality of construction of the Autobahn.

You will see in the video above that the Model S accelerates quickly, smoothly, and quietly to its top speed.

Have you driven the Model S at top speed on the Autobahn?  How's its performance?  Is that Autobahn tune free upgrade available from Tesla yet?

Per a Tesla press release from October 2013:

"Model S was built to be the best car in any country in the world, and in Germany this requires the highest caliber performance on the Autobahn. So Tesla’s third announcement is that there will be free optional high speed tuning for Model S in Germany to optimize it for driving on the Autobahn. This custom tuning will be available to all customers in Germany, including retrofitting Model S that have already been delivered and are on the road."