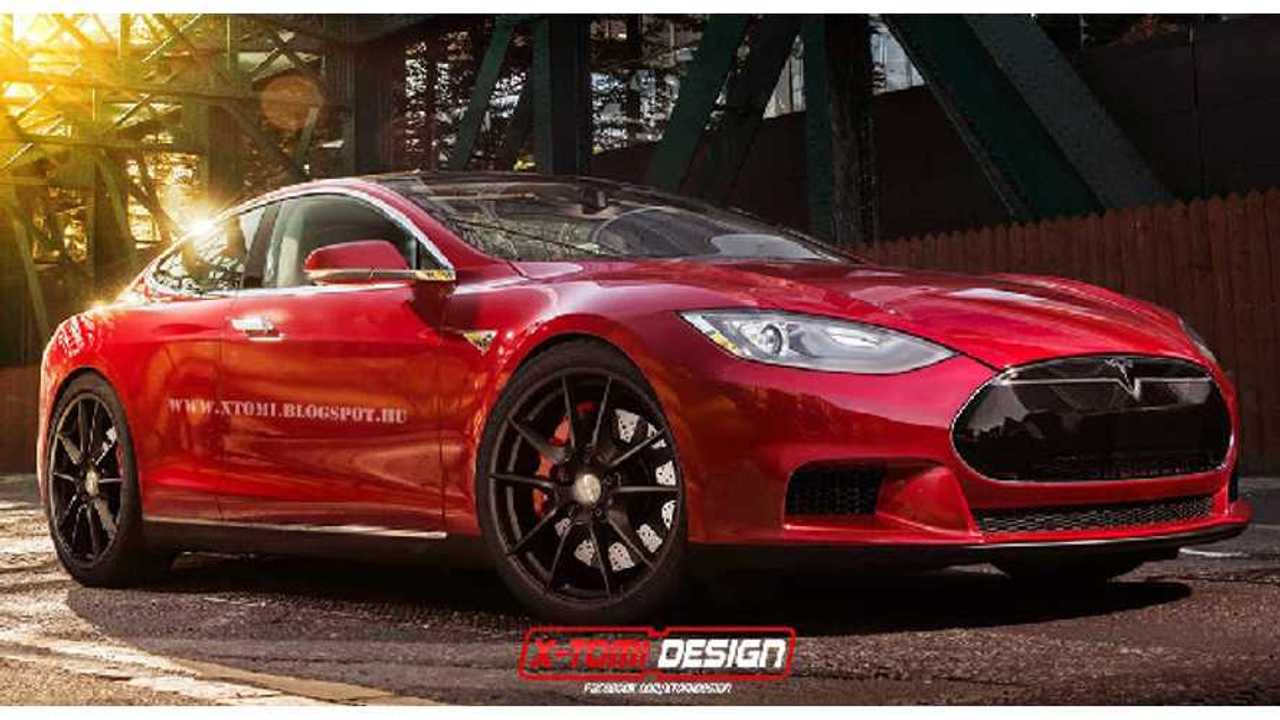 For example, the door appears lengthened slightly, there's some additional chrome bits, black rims and crossed drilled brakes and the front end is made to look more agressive.  Aside from all of that, this two-door looks surprisingly similar to Tesla's own 4-door Model S sedan.

This is only a rendering.  Tesla has never committed to producing a two-door version of the Model S and we don't expect Tesla to ever offer the Model S in coupe form.

We should also note that Newport Convertible Engineering is actually converting existing Model S sedans into coupe and convertible currently (details here) and has done a render of their own for the finished product.