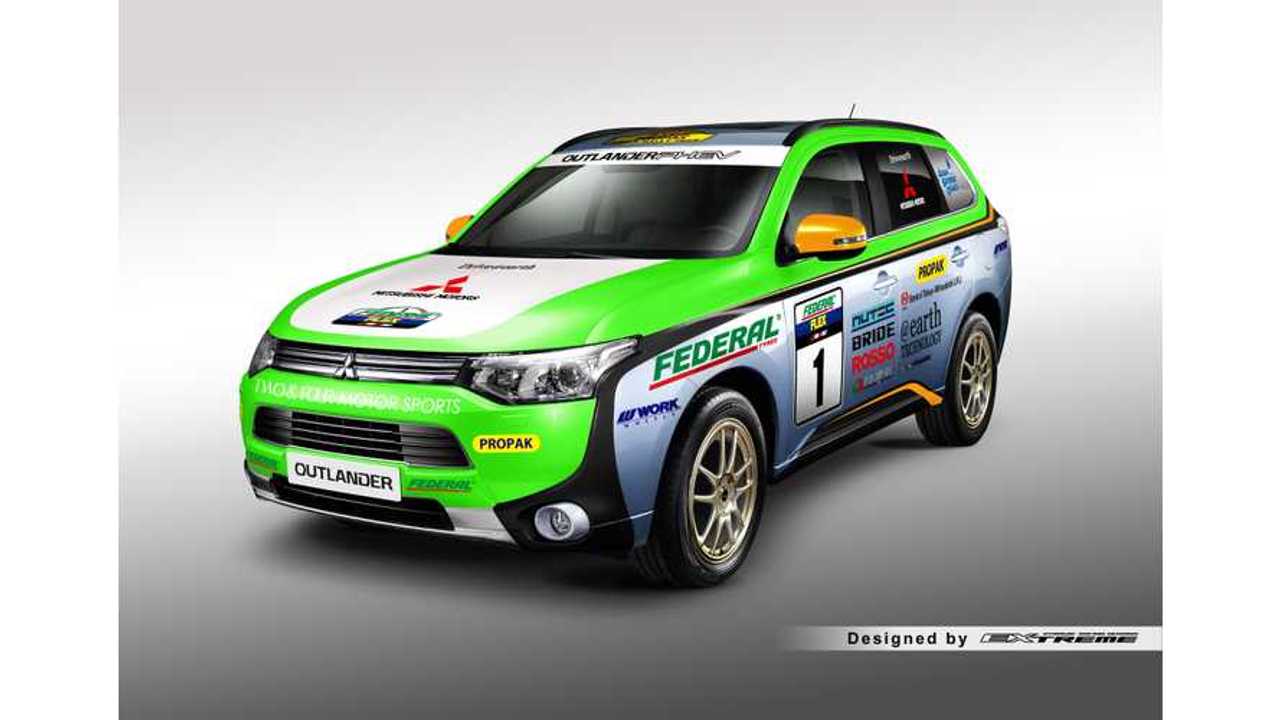 "Mitsubishi Motors Corporation announces that it will dispatch a team of technical support engineers for an Outlander PHEV entered in the T1.3 4x4 Electric class of the gruelling 2,200km FIA-certified Asia Cross Country Rally 2014 from August 9 through 15, to be run from Thailand to Cambodia."

"The Outlander PHEV rally car will use competition suspension and reinforced mountings to raise ground clearance and improve all-terrain performance over poor surfaces. The vehicle's S-AWC integrated vehicle dynamics control system will be tuned for competition use to deliver better traction. Other modifications include the fitting of a roll cage and under body skid plate, the use of lighter engine hood, rear gate and interior parts, and additional sealing and a snorkel for water crossings."

Of course, tires will be swapped out for some off-road rubber too.

The Two & Four Motor Sports rally team (Two & Four), headed by Kenji Ishida, will run an Outlander PHEV in the race for the second straight year. MMC engineers will provide Two & Four's team technical support for the plug-in hybrid four-wheel drive SUV for the duration of the rally. MMC will utilize valuable data and knowhow acquired by the technical support team in future vehicle development.

The 19th edition of the AXCR will get under way with the Ceremonial Start in the Thai beach resort of Pattaya on Saturday August 9. The next day, August 10, sees the start of the rally proper as Leg 1 takes entrants from Pattaya to Sakaeo. On August 12, Leg 3 of the rally takes the competitors into Cambodia and past the World Heritage site of Angkor Wat. The event finishes in the Cambodian capital of Phnom Penh on Friday August 15. The AXCR covers a total distance of 2,200 km and offers a gruelling test of all-terrain performance and durability as it requires competitors to conquer mountains, forests, swamps and river crossings.

We admit to growing increasingly jealous every time we hear Mitsubishi speak of the Outlander PHEV.  Jealous because we can't get one in the U.S. and won't be able to until at least the Fall of 2015.