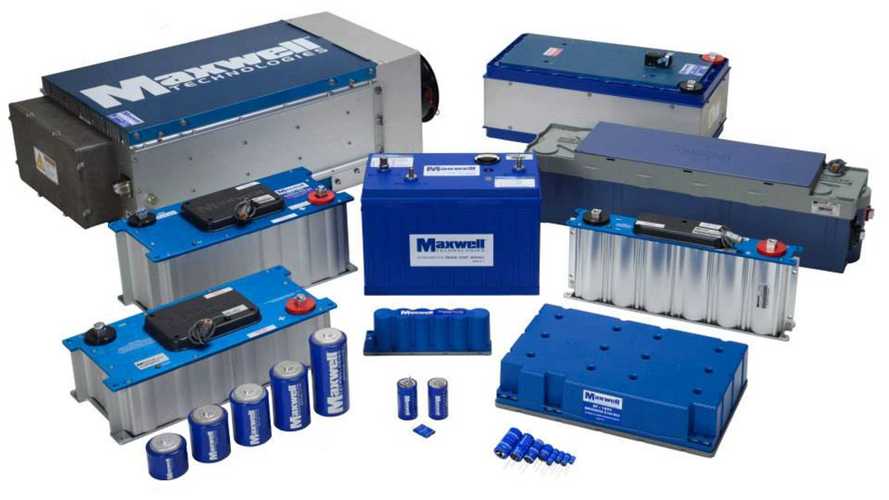 IDTechEx stated that by 2024, the global market value for supercapacitors will be $6.5 billion and market share will be increasing, eating batteries .

Seems bold, but supercapacitors have rather long road ahead, because just weeks ago we presented info on the new 7.7 Wh/k supercapacitor from Maxwell Technologies. This is nowhere close to 35 Wh/kg (lead-acid batteries level). However, we must agree that there is high potential and no one would be offended if a 35 Wh/kg (or 200 Wh/kg) supercapacitor entered the market.

"Supercapacitors need not match lithium-ion battery External Link energy density to replace much of that battery market. They have replaced maybe one percent of that market already with only one hundredth of the energy density because they last longer than the bus for example that they are in. They are safer and have ten times the power density. Even across batteries they mean less battery is needed.

"They have replaced Li-ion batteries in most Chinese buses, despite greater up-front price. Supercapacitor sales are under 3% of lithium-ion battery sales today, partly replacing them and partly doing things batteries can never do."

"Supercapacitor sales will be over 10% of Li-ion sales in ten years as they grab more Li-ion business despite such batteries improving by a factor of two in energy density. For that, production supercapacitors or supercabatteries (notably lithium-ion capacitors) must reach around 40 Wh/kg with all other parameters acceptable, possibly even conceding some power density and life but being greener. If that happens, few will dispute that in the next decade at around 100 Wh/kg with acceptable other parameters, supercapacitors or supercabatteries could grab 50% of the lithium-ion market reaching tens of billions of dollars in yearly sales."

Here is an interesting fragment on supercapacitor applications:

"Supercapacitors are replacing batteries where such properties as excellent low temperature performance, calendar and cycle life, fast charge-discharge and reliability are more dominant issues than size and weight. Examples of this include power backup opening bus doors in an emergency, working hybrid car brakes when power goes down and keeping electronic circuits running. Conventional trucks are having one to three of their lead acid batteries replaced with drop-in supercapacitor alternatives that guarantee starting in very cold weather, when lead acid batteries are very poor performers. The difference is dramatic- about 5% energy loss occurs at minus 25 degrees centigrade, compared to a battery's energy loss of more than 50%. Some pure electric buses even run on supercapacitors alone recharging through the road every five kilometres or so. Use of supercapacitors to protect batteries against fast charge and discharge and from deep discharge means smaller batteries are needed and they last longer, depressing battery demand and increasing supercapacitor demand."

"The bottom line is that almost everywhere you see next generation electronic and power technology you see supercapacitors and supercabatteries being fitted or planned because of superior performance, cost-over-life and fit-and-forget."