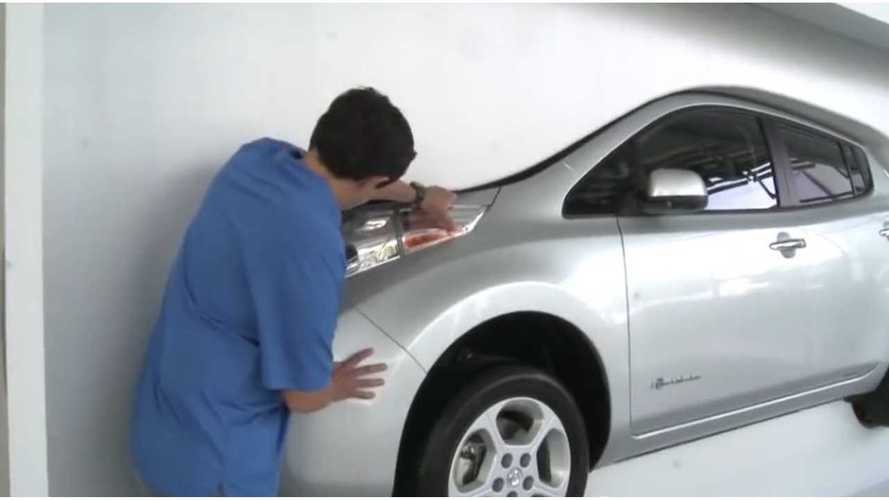 Is Carlos Happy To Be Getting The First LEAF? ...we can't tell

In June Nissan officially announced that the Nissan LEAF was now "for sale" in Mexico.  Just 2 months later, the first actual car has been delivered.

It turns out that Nissan made quite a big deal out of it too, as the Vice Chairman of the company - Toshiyuki Shiga (basically the number 2 guy after Carlos Ghosn) was on hand to turn over the keys to the new LEAF.

As part of the delivery ceremony Nissan actually boxed up a new LEAF (as if it was a child's toy) and cut it open for its new owner - Carlos Gonzalez, who owns a sports shop in the city of Cordoba, Veracruz.

The LEAF is currently on sale in Mexico through a dealership in Mexico City and also in the states of Aguascalientes, Nuevo León and Morelos.  Nissan says more expansion plans are currently in development, as well as further charging infrastructure investment by the company in Mexico.

Random quirky fact:  only available in white and silver.