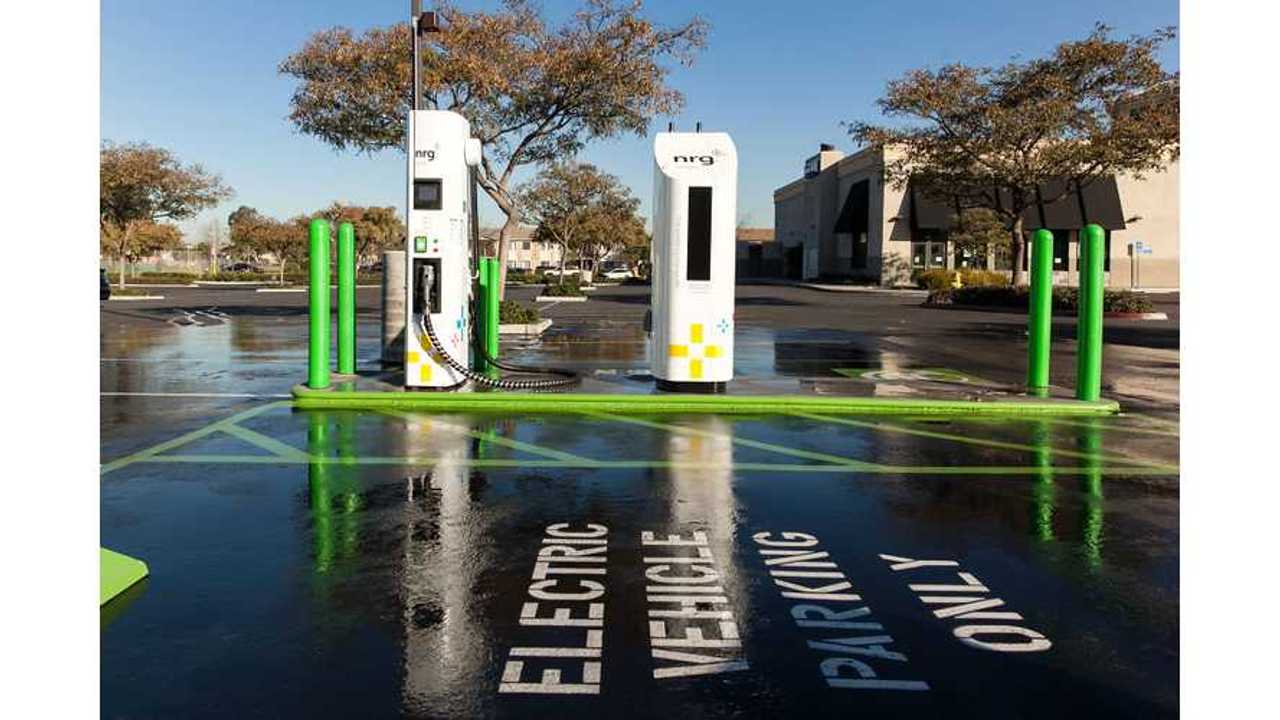 5 chargers in less than a month is the present eVgo pace of expansion for DC fast chargers installations in California.

However, Freedom Stations seem to be growing significantly slower, and all those 5 new DCs are at dealerships.

"We're making it easy to drive an electric car in California!"

"We now have 60 DC fast charging stations open in the Golden State and many more coming soon. Who has been to an NRG eVgo station?"

On the eVgo Facebook site, we saw an interesting question on covering the gaps between large cities:

Matt Moreno: "When are you finally going to get the gap covered between Oregon and Sacremento on the I5? We are 5 years ahead of you in Oregon and Washington."

EVgo Network: "Hi Matt Moreno. It's definitely a possibility for the future, but it's not in our immediate expansion plans. We're focusing on areas with highest concentrations of electric vehicles, or in other words, in the urban areas first."

Maybe in a few more years eVgo will fill that gap?