According to GM, some Chevrolet Volts produced in 2012 and 2013 did not receive the correct amount of coolant in their drive batteries, or RESS - which stands for Rechargeable Energy Storage System . 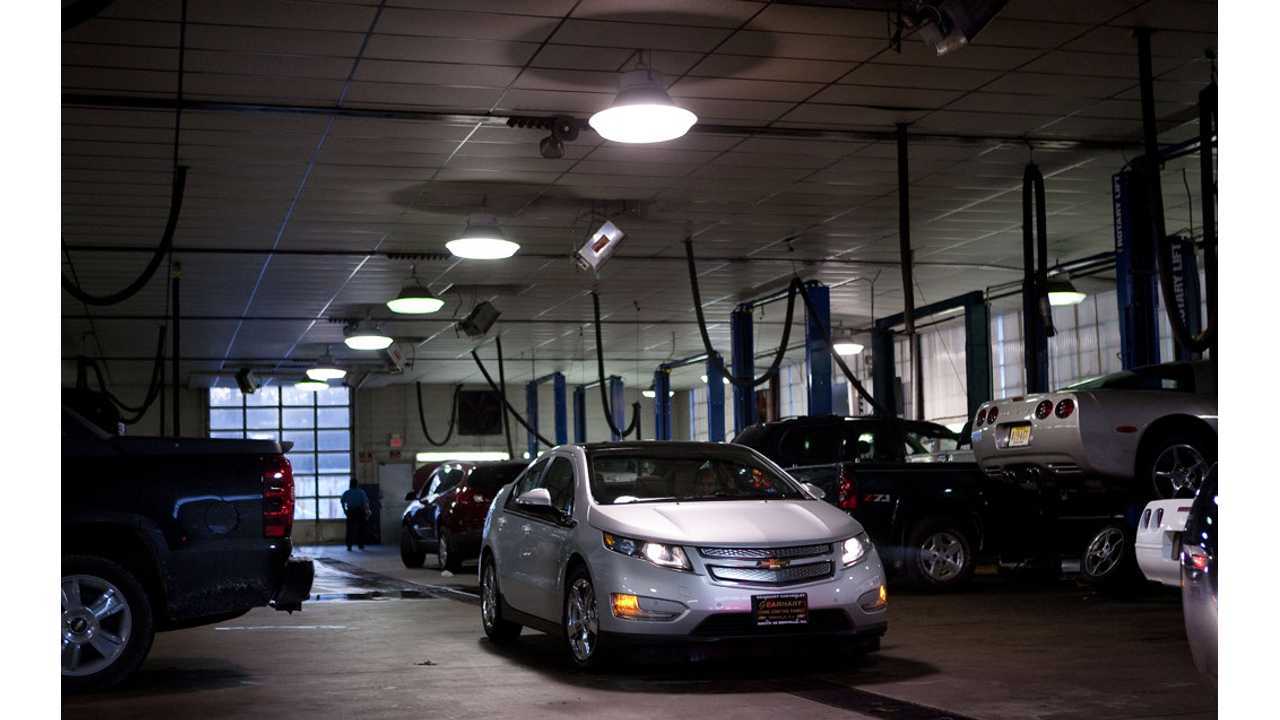 No Formal Recall Has Been Announced, By Repair Is Fairly Basic...And Free Of Charge

During the extended range Chevy's first 12 months of operation, the cooling system in the Volt's 16 kWh battery clears out remnant air, which then causes the coolant level (if initially filled incorrectly) to drop below the minimum level.

At this point, some Volt owners may (or may not) get the dreaded "Service High Voltage Charging System" warning, at which point the car will switch to standard petrol mode until the diagnostic code is troubleshot by Mr. Goodwrench and the system reset.

The repair (which is of course free) is fairly simple.

Once/if GM has determined your level is low, they will do a cooling system pressure test to make sure the coolant hasn't leaked via some other problem, then fill the system with coolant, purge excess air out of the system before 'topping it off' to the proper level.

The Car Connection also notes further actions that could be taken by GM if the coolant issue is not the problem:

No formal recall is being announced by the company.