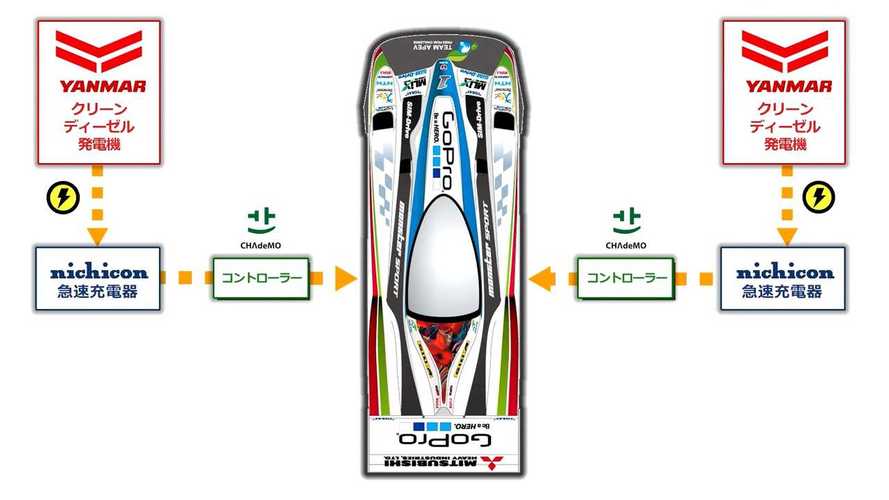 This time, our attention was drawn to the CHAdeMO charging station, which looks like an equivalent to Tesla Superchargers -four Nichicon chargers combined with four YANMAR's diesel generators (to be completely independent on Pikes Peak).

It looks like E-Runner's battery modules are charged separately. And all this equipment just for one vehicle?