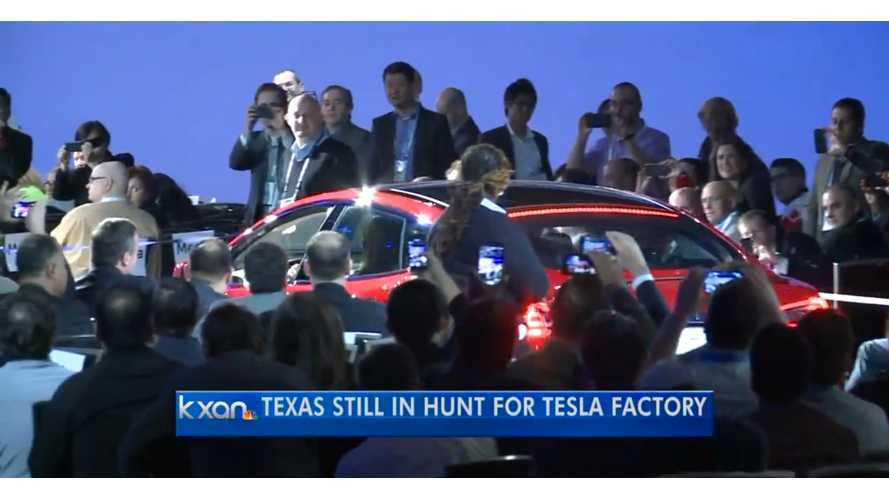 Despite all the talk over the groundbreaking being done outside of Reno, Nevada, Texas is still eager to have Tesla's Gigafactory.

The location of the Gigafactory will be in one of five states: California, Arizona,Nevada, New Mexico or Texas.

We are unsure of where the Gigafactory will be located.  However, as stated in the video above, a final location will be confirmed soon.

Reno, Nevada seems the most likely gigafactory location right now, but California, as well as Texas, are still pushing strongly for the battery factory.

If you were asked to place a bet on which state will eventually land the gigafactory, what would be your guess?