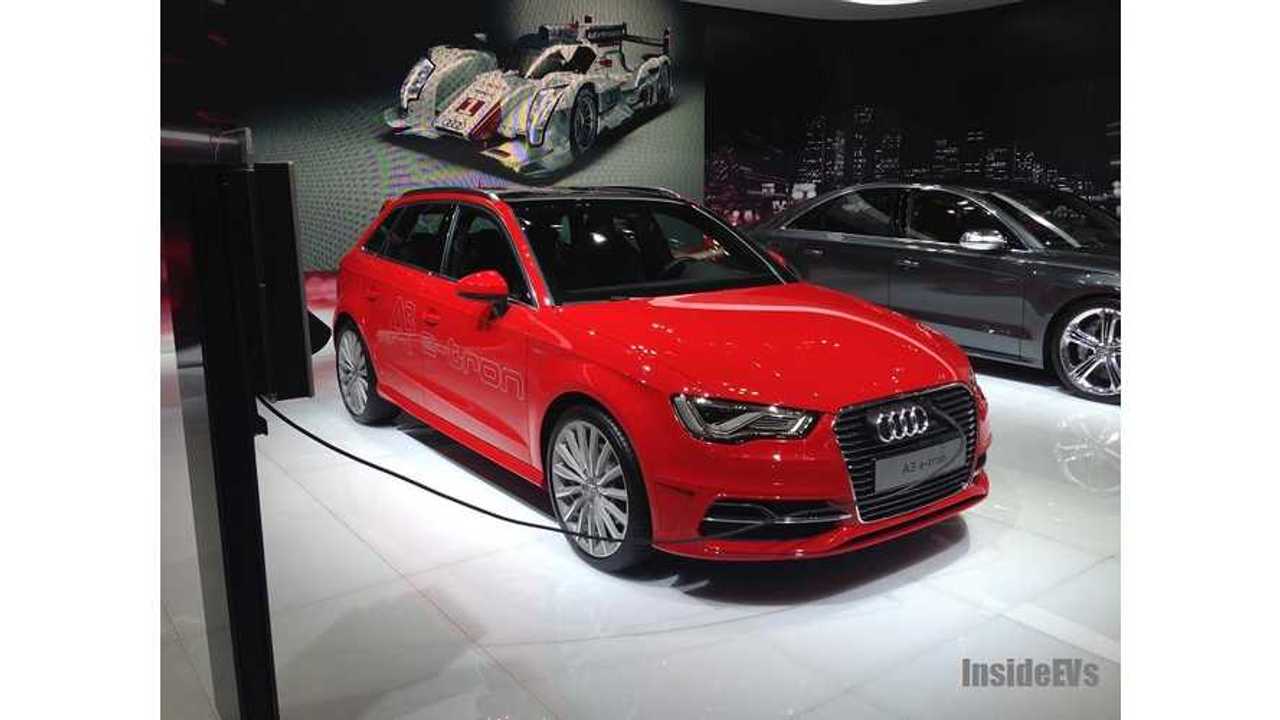 Audi A3 e-tron Live in Detroit

However, in announcing pricing, Audi slipped in a mention of its launch schedule for the A3 e-tron in Germany and Central Europe.  That mention, Winter 2014, represents a massive delay.

According to previous Audi announcements, the A3 e-tron was due to launch in Europe in Spring of 2014, so it's now been pushed back some 9 months or so in total.

Audi's latest announcement in regards to US availability of its A3 Sportback e-tron is “early 2015,” though we suspect that will be pushed back significantly now too.

Specs for the A3 e-tron, at least those we know, break out like this:

Some details on the German launch of the A3 e-tron include, via AutoblogGreen:

"In Germany, Audi will sell the A3 Sportback E-Tron at select dealerships. The service departments of those 100 or so dealers will get special training to work with the high-voltage technology used by the plug-in hybrid. These locations will also feature free-to-use charging stations for customers."