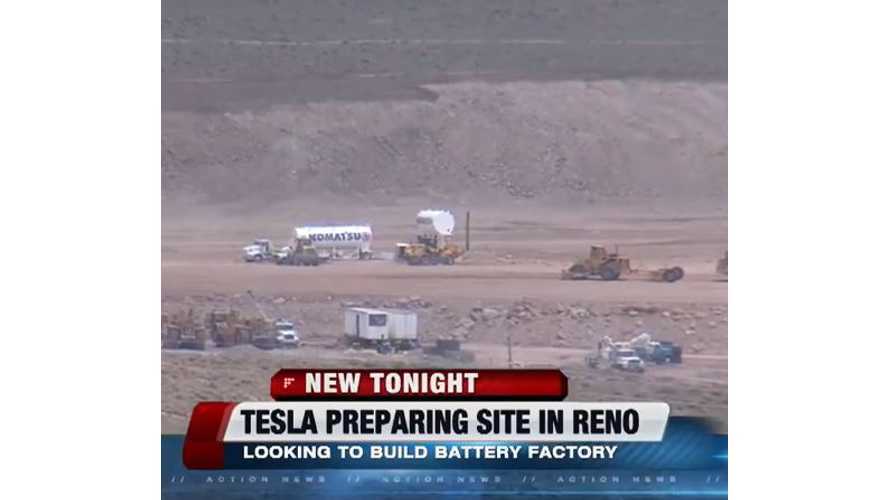 During its recent conference call, Tesla Motors admitted to being in the preparatory stage on a potential battery gigafactory site outside of Reno, Nevada.

That site, which we covered in detail here, is one of several potential gigafactory locations, according to Tesla.

More specifically, Tesla CEO Elon Musk stated this in regards to the gigafactory:

“We have  essentially completed the pad, the construction pad for the Gigafactory in Nevada. So in terms of creating a flat pad and getting the rocky foundation that is substantially complete. There’s still a little bit of work ongoing.  We are going to be doing something similar in one or two other states - which is something I previously said we’d do because I think it makes sense to have multiple things going in parallel."

"Before we actually go to the next stage of pouring a lot of concrete though we want to make sure we have things sorted out at the state level - that the incentives are there that makes sense,…But I do want to emphasize that Tesla is not going to go for a deal that is unfair to the state or unfair to Tesla. We want to make sure it’s compelling for all parties.   I think on the Nevada side, at this point the ball is on the court of the governor and the state legislature.”

Well, we know have video of work being done at the site.  As KTNV Channel 13 states:

"Electric car maker Tesla Motors says it's preparing a site near Reno as a possible location for its new battery factory."