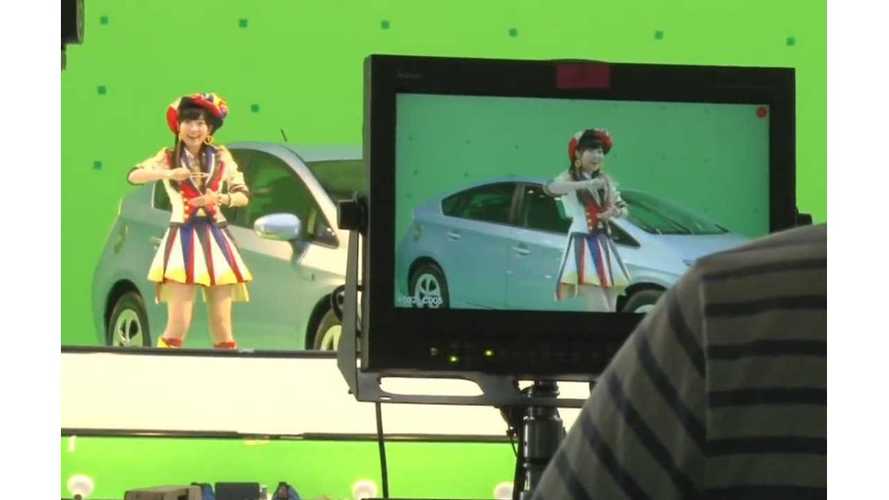 When AutoBlogGreen featured a very obscure Toyota Prius PHV commercial from Japan this weekend, we couldn't resist passing it along to our readers as well.  (Ok, it was just myself as I have a weak spot for foreign EV commercials)

The above video is the 'completed masterpiece', while the below video shows the making of.

Sebastian at ABG took already took stab at what was going on, so we'll let him have at it:

"There's some airline-pilot type guy who is visited by who he calls his sister. The voiceover says she's some kind of saleswoman, and she begins to talk up the plug-in Prius alongside the J-Pop group AKB48 Team 8, telling the crowd – including a man in a big, round bird mask – how easy it is to plug in. The old man watching the J-Pop girls tells the woman next to him, "I have their CD." Then we see the original duo back home and the guy says he's hungry before plugging in a blue energy wire. The same wire that then starts charging a Prius. That may not really clarify anything, but there you have it."

Normally we might criticise the effort by Toyota, but sales of the Prius PHV lately have been off the chart both in the US and Japan.

Points to ABG for bringing out the strange this weekend!