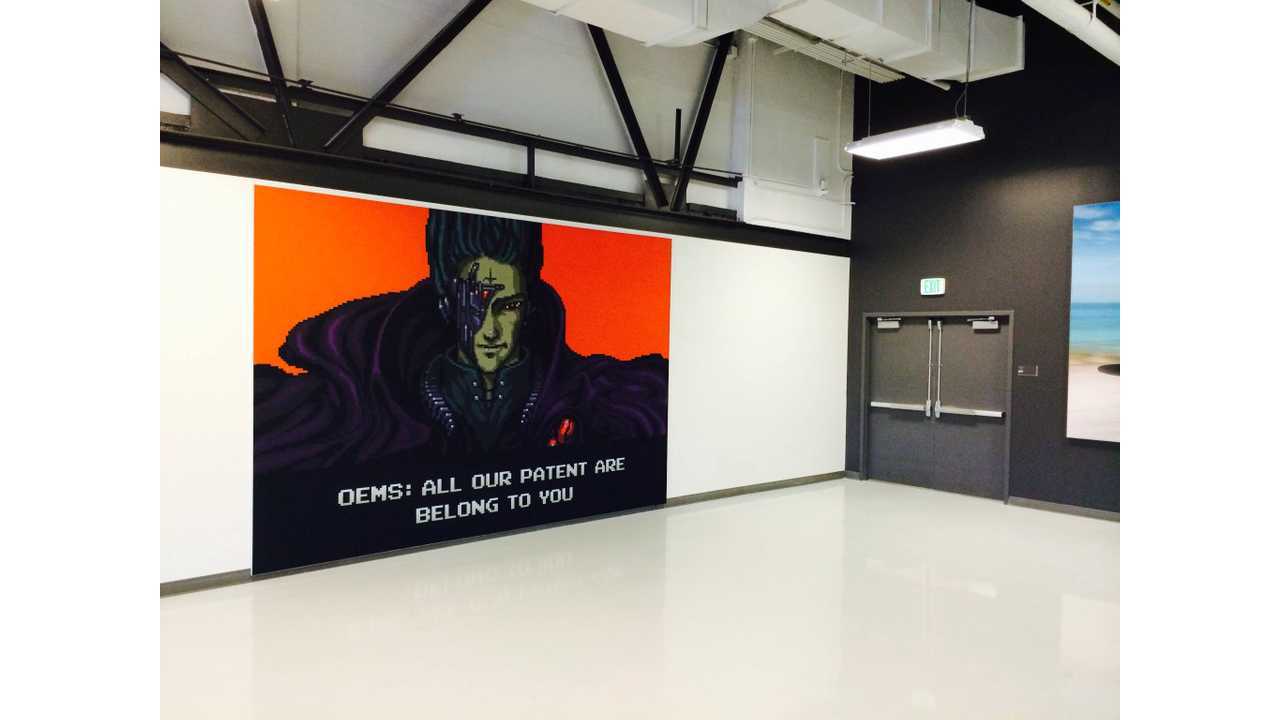 "New look for our patent wall...‪#‎AllOurPatentAreBelongToYou‬"

That's what Tesla Motors posted to its Facebook page yesterday afternoon, along with the image seen above.  Credit to Jalopnik for modifying the meme ever-so slightly to fit with Tesla's decision to open its patents to the world.

To your right you'll see that this isn't some photoshopped image.  In fact, it's the real deal.  If you walk into the lobby today at Tesla headquarters in Palo Alto, California, you'll see in place the altered form of a popular Internet meme, which in its original form would read:

Cats: All your base are belong to us.

The photo below, via Tesla board member Steve Jurvetson, shows the old look of the Tesla Motors patent wall.