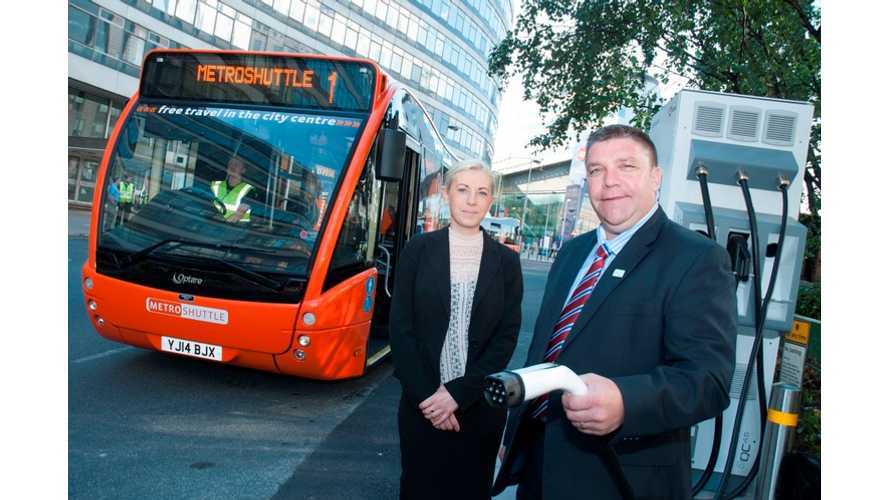 Three Versa electric buses entered service in early August on the orange Metroshuttle 1 route, which links Piccadilly station with many of the shopping, commercial, leisure and cultural areas of the city center.

The vehicles were jointly funded through the Department for Transport’s Green Bus Fund. Each bus can take up to 57 passengers and has a range of up to 100 miles.

“Metroshuttle is the largest free city centre bus service in the UK and carries millions of passengers every year, helping to cut congestion.”

“These new electric buses are cheaper to run and quieter than normal buses and give off no harmful emissions – contributing to a better environment for everyone who lives in, works in and visits the city centre.”

“The buses are a welcome addition to our fleet of green buses – and just part of Greater Manchester’s hard work to radically slash its carbon emissions by around one million tonnes every year.”

“We’re looking forward to welcoming Metroshuttle passengers on board the new electric buses. They are a first for us and our drivers are enjoying taking them out on test runs to get used to the buses before they start running with passengers.”