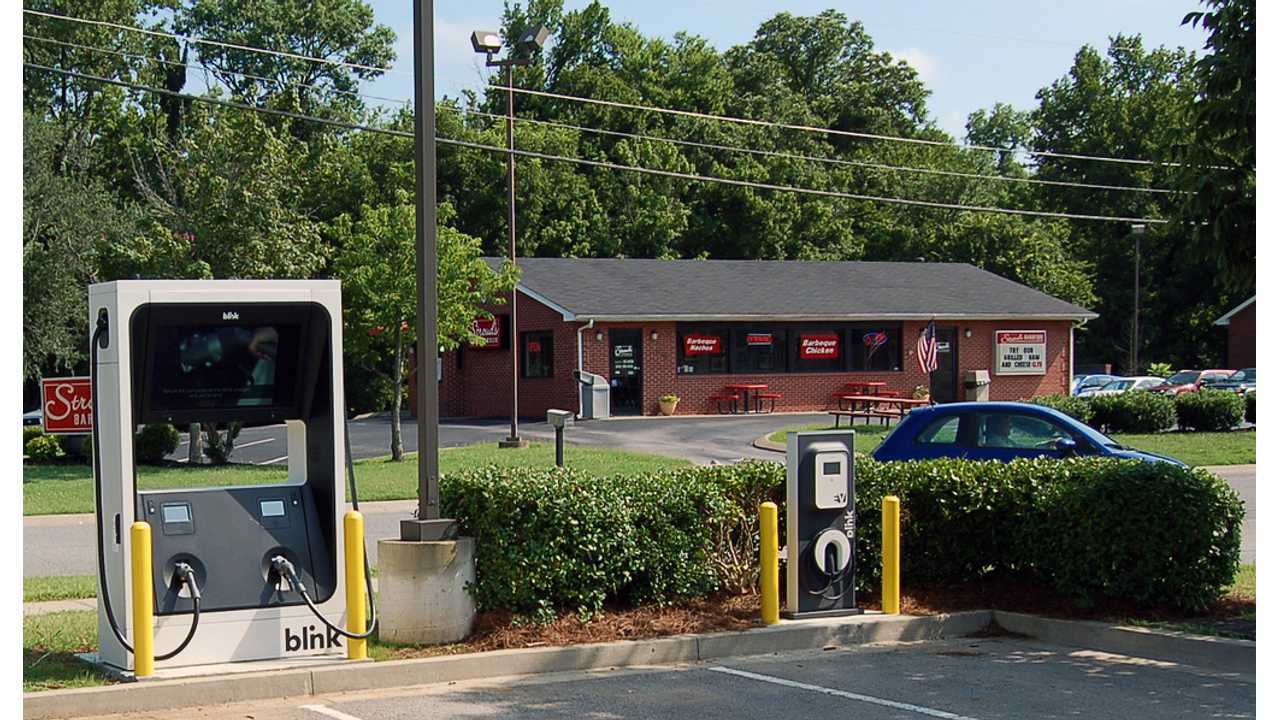 After Tesla's announcement on releasing its patents, we are starting to see a queue of companies willing to take Tesla up on its open source patent offer. The latest one is Car Charging Group, a charging infrastructure provider and owner of the Blink Network.

"While Tesla Motors' Model S currently includes an adaptor for the J1772™ connector, the standard for public EV charging stations and compatible with EVs sold in North America, CarCharging anticipates incorporating the technology of Tesla Motors' charging port into Blink charging stations as well as the Society of Automobile Engineers' (SAE) new J1772™ DC Fast Charging combo coupler. By integrating these charging ports and connectors with its current J1772 and CHAdeMO connectors, CarCharging will expand the charging options currently available for EV drivers, including CarCharging's network of 119 DC Fast Chargers, the largest network of DC Fast Chargers in the United States."

Well... just imagine a charger with CHAdeMO, Combo and Supercharger plugs, plus AC J1772 somewhere around (but of course alternatively there could be separate units for every connector). It will be interesting to see the response from Tesla. We believe that there is still a chance to convince other carmakers to use Tesla connectors, and this is the first priority for Tesla. CarCharging is trying to realize this strategy as operator of different devices with different standards.

"CarCharging shares Tesla Motors' commitment to the development of the EV market and is also actively working with other major EV charging networks on various interoperability initiatives. CarCharging recently launched the CarCharging mobile application ("app"), the first truly interoperable app that serves as the gateway to multiple networks that operate EV charging stations from various manufacturers. The CarCharging app provides drivers with the ability to locate public Blink, GE, SemaCharge, and ChargePoint EV charging stations, and initiate and pay for EV charging sessions at GE WattStations and SemaCharge stations, that are owned and operated by CarCharging, directly from their iPhone. The app is now available for is currently available for iPhone, iPad, and iPod touch, and is available for download from the App Store.

"Like Tesla Motors, CarCharging believes that the market potential for electric vehicles is vast and we are dedicated to doing all that we can to assist in its acceleration. By sharing its technologies, Tesla Motors provides CarCharging with the ability to leverage all of the locations in its portfolio and offer a solution that is compatible for all EV drivers, which is a win-win for the drivers and the industry."