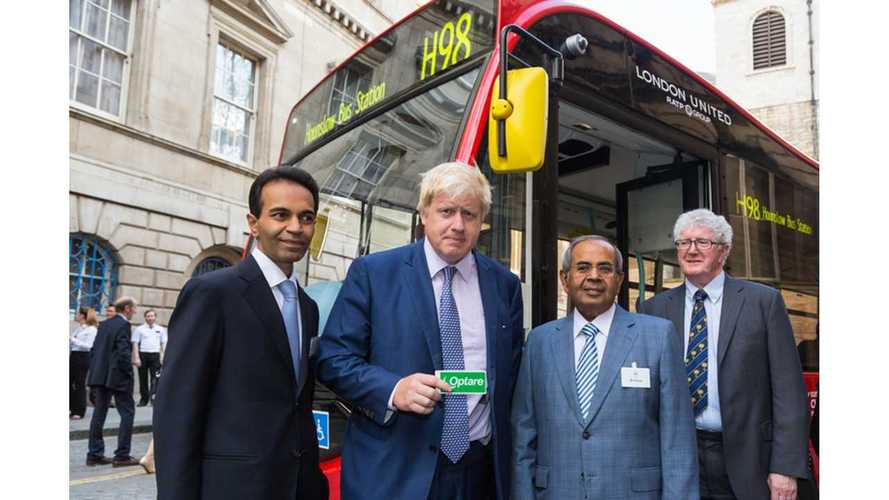 The vehicles are part funded from the Department of Transport’s (DfT) Green Bus Fund.

The goal of this project is to check whether the technology can stand up to the rigors of operating in an intense urban environment such as London.

"The introduction of the four pure electric Optare MetroCity buses is the first step of the Mayor’s plan for all single deck buses in central London to be zero emission at tailpipe, as part of the world’s first Ultra Low Emission Zone, from 2020. This brings the total number of electric buses now in service in London to six. The first two electric buses in London have been operating on routes 507 and 521 since last December. A further two are expected to enter service later this year."

According to Optare, the MetroCity has range of up to 100 miles and can be fast charged in 2 hours. Overnight charging takes 5 hours.

“The introduction of these new pure electric vehicles is part of our continuing assessment of the technology, to ensure it can handle the capital’s challenging operational environment.  We will be closely monitoring the results of the trials, which may help us adopt this new clean technology more widely in London.”

“Optare’s MetroCity electric vehicle is a prime example of the UK’s manufacturing excellence, technology and innovation coming together to provide a zero emissions solution to improve air quality in London.  We look forward to seeing more of these vehicles operating in London and cities across the UK and Europe in the future. Optare is crucial to Hinduja Group’s flagship company, Ashok Leyland’s future global strategy: It is the hub for the company’s expansion in Europe and Worldwide.”