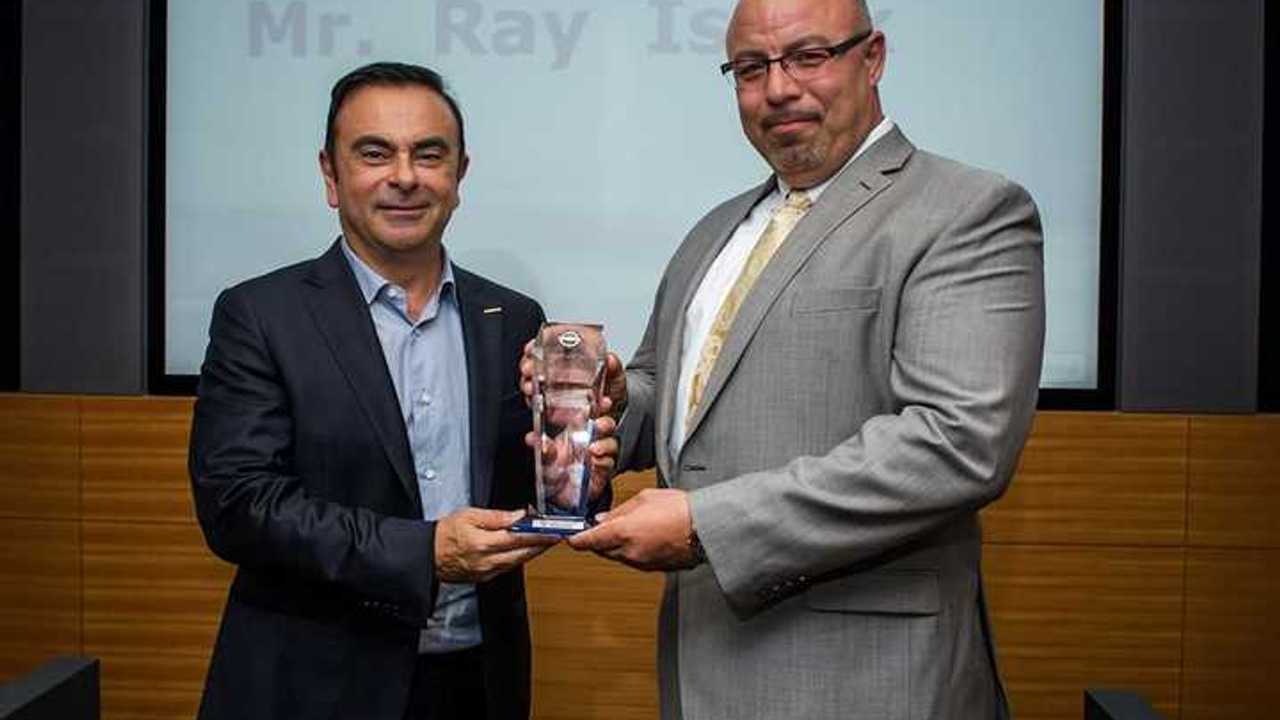 Though we've been unable to source exact sales figures, we can report that Ray Raied Ishak of Magic Nissan of Everett, Washington was #1 in Nissan LEAF sales in the world in 2013.

At least that's the info we've obtained via Ishak, the Magic Nissan team and various other sources.

Ishak, along with a whole host of other top LEAF sellers from around the world, were invited to Nissan Global Headquarters Yokohama, Japan to received recognition for their sales achievements.

We wonder if there's any other automaker who holds a similar recognition ceremony for plug-in electric vehicle sales leaders?  We're doubtful and we're thinking Nissan is again blazing a new trail for electric vehicles.

Below are the world's leading LEAF salespeople.  Hats off to all of them for their achievements!!!