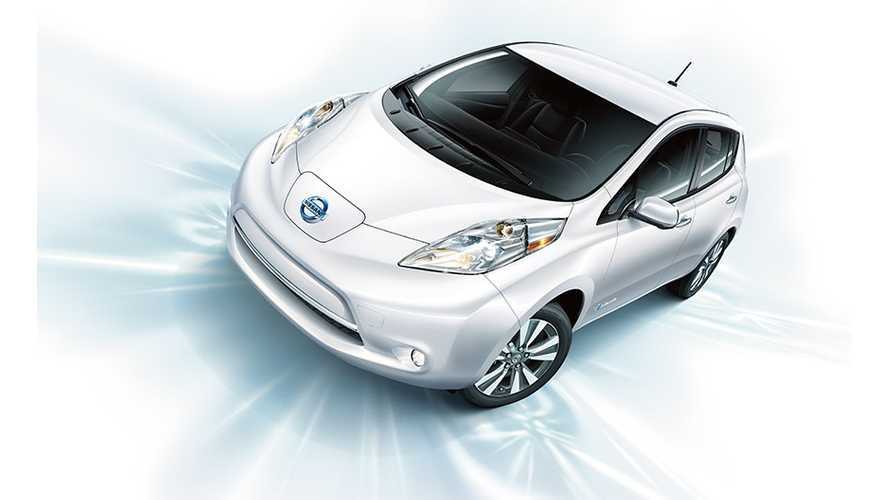 The Nissan LEAF is not a particularly strong seller in Canada.  The most ever sold in one month was 101 units - which was last month (versus the record setting 3,117 that were sold in the US in May), while just 358 have been sold so far this year.

However that has not stopped Nissan Canada from divulging 'next model year' specs to us the last two years running, as well as foreshadowing pricing and arrival dates for the US.

For 2015, the changes are mostly negligible (you can find all the details here).

There is a slightly new color choice - Morningsky Blue“ which replaces "Blue Ocean”, and the entry level (S) now gets standard cruise control, while the two higher trim levels (SV/SL) get the new EV-IT update.  Also the "blue chrome" bits on the LEAF's ev-specific emblems (hint look at the wheels) are now just straight chrome for the most part.

As for pricing, those hoping to see another reduction in the MSRP for the 2015 around the world are most likely going to be disappointed, as pricing has slightly increased in Canada:

We also noted in April that 2014 MY production was closing unexpectedly early in Smyrna, TN after less than 8 months worth of assembly time...and that 2015s would be rolling off the line by that month's end.  And sure enough, InsideEVs has learned that the first 2015 Nissan LEAFs are expected to leave port in Vancouver by early next week.  US deliveries are expected to start in early July...so make with the pricing announcement already Nissan USA.

So while you are waiting for the 2015 Nissan LEAF to be priced in your part of the world, why not spend some time at Nissan Canada's website, which has just been updated to include 2015 specs!