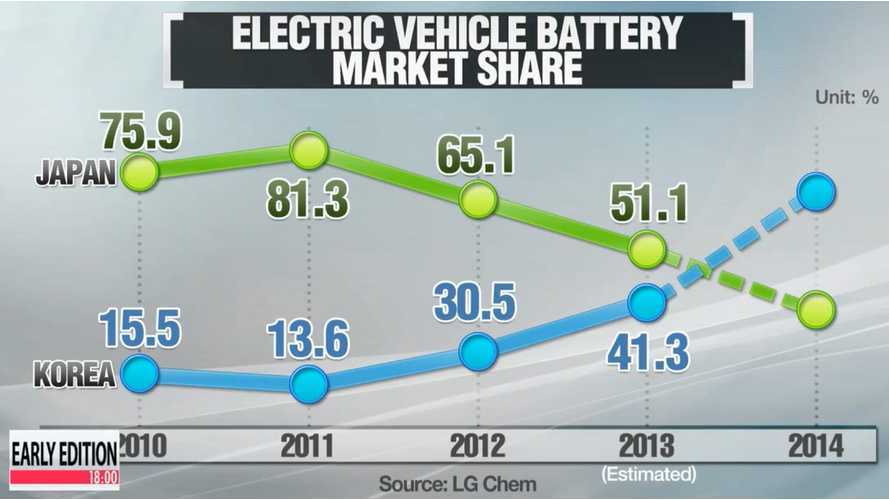 According to Arirang News, Korean battery manufacturers are preparing an expansion into China's New Energy Vehicles market, which should enable them to take over Japanese competitors in market share.

Since 2011, Japan has been losing its market share and if nothing changes, then some experts expect that soon both countries will switch places (South korea will move to #1, while Japan will fall to #2).

Korean companies, which aim to take the lead, are heavily investing now in China.

LG Chem recently add SAIC and Qoros to its customers list with plans to build battery plant, while Samsung SDI plans to invest $600 million within five years in a new battery factory in China. SK Innovation has entered into a joint venture with Beijing BESK Technology and would like to be the leader.