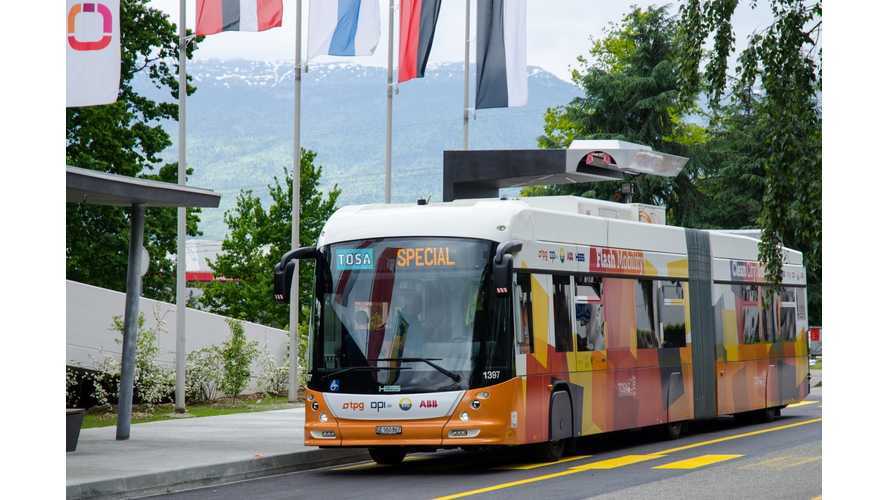 Project TOSA, which stands for Trolleybus Optimisation Système Alimentation, was launched in Geneva, Switzerland over a year ago when an electric bus from ABB Sécheron began service.

The unique feature of this vehicle is the time of flash charges of just 15 seconds at 400 kW on a fast charging stations (via 3 kWh ultracapacitors to not disturb the grid, which is just ~50 kW).

This flash charge is enough to allow the bus to go to another bus stop, but to fully recharge the bus need 3-4 minutes of charging at the end of the route.

The demonstration bus itself is 19-meters long and can carry up to 135 passengers.

To commercialize this concept, there is strong need of optimization of battery pack sizes for different routes, number of vehicles, number of charging stations and available power. But in the end we would have a bus with virtually infinite range within electrified routes.

"TOSA is the first full electric articulate bus that runs without overhead lines. With its so called "flash charging", it recharges at the bus stops along the route in a record time of 15 seconds.

EPFL researchers have developed a mathematical model to optimized the costs of a prospective bus line using TOSA technology."