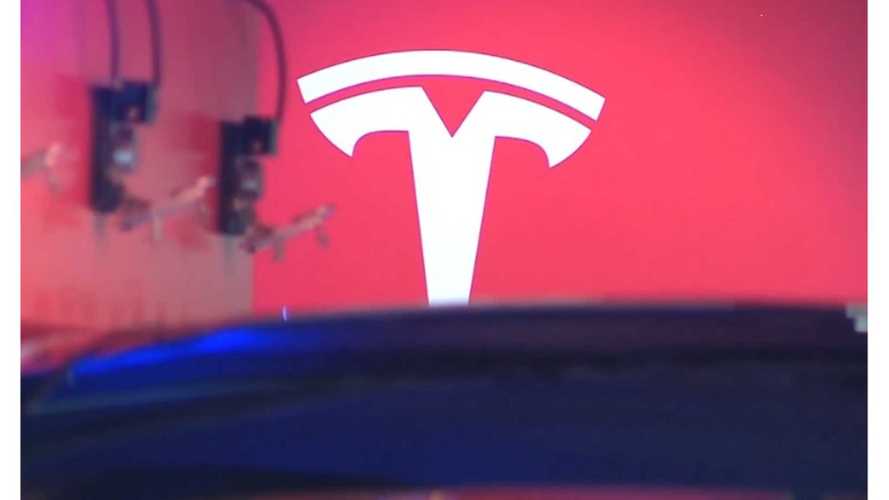 After the close of business on Thursday, Tesla reported second quarter earnings.

Overall the company netted a 11 cents per share profit (ex-items) or $16 million on an automotive gross margin of 26.9%.  The street had expected earnings of 4 cents per share.

In total 7,579 Model S sedan were delivered between April and June, which was in line with the company's previous guidance of 7,500 units.  More importantly the company re-affirmed 35,000 sales target for the year - which means the company will have to average about 10,500 EVs sold the next two quarters.

On a GAAP basis the company lost 50 cents per share in the quarter, or $62 million.  The street had been looking for a loss of $55 million.

"Automotive revenue for Q2 includes $23 million of powertrain sales to Daimler and Toyota, reflecting the start of production deliveries to Daimler for the Mercedes-Benz B Class Electric Drive and the wind down of sales to Toyota for the RAV4 EV."

Of note just before the quarter closed, Tesla announced they had reached an agreement with long-time battery supplier Panasonic to partner with them in the company's upcoming Gigafactory battery plant.

"According to the agreement, Tesla will prepare, provide and manage the land, buildings and utilities. Panasonic will manufacture and supply cylindrical lithium-ion cells and invest in the associated equipment, machinery, and other manufacturing tools based on their mutual approval."

Earlier Tesla Gave Some Context To The Size Of Upcoming Gigafactory

And while a year ago Tesla was introducing the Model S to Europe, for this quarter an even larger/more important market was penetrated - China - as Tesla Motors made its first official Model S deliveries in the country on Earth Day April 22, 2014. (some video of that event can be found here)

Currently, production at Tesla's Fremont assembly facility has been idled (and it will be through August 4th), the first time in the company's history - but that is to make adjustments to allow for the inclusion of the upcoming Model X SUV , and to allow for a 25% increase in production capacity on the Model S.  Tesla hopes to start delivering the Model X in "early 2015".

After details started to spill out about a potential Gigafactory site in Nevada earlier this week, Tesla confirmed that they did indeed break ground in that state.

"In June, we broke ground just outside Reno, Nevada on a site that could potentially be the location for the Gigafactory. Consistent with our strategy to identify and break ground on multiple sites, we continue to evaluate other locations in Arizona, California, New Mexico and Texas. The final site for the first Gigafactory will be determined in the next few months, once we have full visibility and agreement on the relevant incentives and processes for enabling the Gigafactory to be fully operational to meet the timing for Model 3."

Tesla continued to express the difference between deliveries and demand, saying that production was still constraining the amount of cars that are hitting road around the world.

"The number of deliveries in a quarter is influenced by three main factors: our ability to increase production; the allocation of that production among our North American, European and Asian markets; and the need to fill the in-transit pipeline for future deliveries in each region.

This quarter, for example, we delivered 7,579 Model S vehicles, slightly ahead of guidance and up by more than 17% sequentially. However, even though we increased both production and deliveries, average global delivery wait times increased because our production growth was unable to keep pace with increased demand."

Much of the Tesla's future success (and forecasts) lies in how well the company's products are accepted in Asia, but the company did still put a brave face on North America and Europe...without actually disclosing the specific results for those regions:

"In both North America and Europe, Q2 Model S orders increased sequentially at a much faster rate than for the rest of the automotive industry.  Accordingly, we believe these markets remain under-penetrated."

It should be noted that stating the company is out-performing the existing industry's single digit growth rate (currently 4.3% for the year) is like saying you can beat an old lady in a 100 meter sprint... and is likely not sitting too terribly well with analysts.

For the balance of 2014 Tesla says that the greatest expansion areas for stores and service centers well be:

"We also continue to expand our Supercharging network, with the introduction of our Superchargers in Canada (video of that can be found here) and a substantial increase in the rate of deployment in Europe and China. Globally, we just energized our 156th Supercharger, which makes our network both the largest and the most rapidly growing fast charging network in the world."

We aren't quite sure if the Model X delivery date slipped during this report, but it certainly didn't get any closer.  We can say that the prototypes are a lot closer though.

"Development efforts remain on track for production of Model X in the spring of 2015. We anticipate having operational Alpha prototypes ready by next week in order to confirm design intent and Beta prototypes to be ready later this year.

Because of the 2 week plant shutdown to expand capacity, Tesla expect to only produce about 9,000 Model S sedans in Q3 - the company says without the shutdown that number would have been around 11,000 units.

"After considering our planned production and the need to have more vehicles in transit (including the new RHD models), we expect to be able to deliver about 7,800 Model S vehicles in Q3. Without the planned factory retooling shutdown, Q3 delivery expectations would have been approximately 9,500 vehicles."

This Q3 estimate is lower than originally expected, and of course forces us to do "the math" on the necessary Q4 deliveries to hit the company's overall 2014 target of 35,000 units.

In other words, Tesla hopes to move over 13,000 EVs in the 4th quarter, almost double anything they have sold in any quarter before.  Of note Tesla expects to lease about 300 cars in Q3, but "much more" in Q4 - look for a more competitive leasing program to be announced during the second half to help get them there.

Separately, Tesla expects non-GAAP automotive gross margin in Q3 to be about consistent with the prior quarter which was a solid 26.8%.  By year's end 28% is anticipated.

The full 8K current report can be found here.