Do You Share Your Residential EVSE On Plugshare? Here's A Look At The Top EVSE Sharing Cities In North America 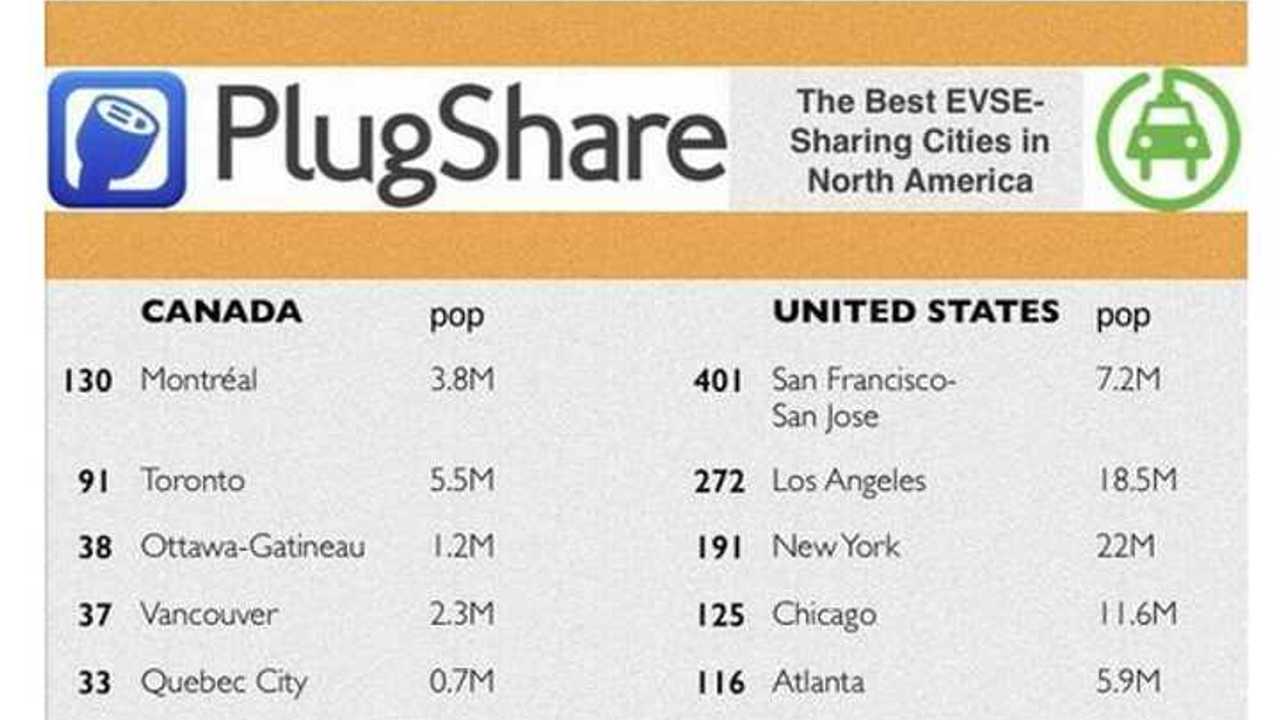 Do you share your residential EVSE with others via Plugshare?

"Association of Electric Vehicles Quebec recommends that all its members to be part of PlugShare network to share their charging station."

"In Quebec, the share of residential recharge terminal is a common fact; owners of electric vehicles do not hesitate to share their connection at home to help out other owners, which also makes the supply terminals much expanded public access."

But is this level of EVSE sharing common?  Here's what Association of Electric Vehicles Quebec found (again via Google Translate):

"According to statistics collected Metropolitan Montreal (pop: 3.8M) has the largest number of charging stations shared within Canada 130, which compares favorably to Vancouver (pop: 2.3M), which shares only 37 terminals housing, but very far from the greater San Francisco (pop: 7.2M)! where users share more than 400 terminals With over 3,700 electric cars on its roads, Quebec continues to be the dominant player with electromobility market share of 44% of all sales in Canada, and double its sales every year since 2012."