Navigant Research: Automobiles Accounted For 10.5% Of Global Advanced Batteries In 2013 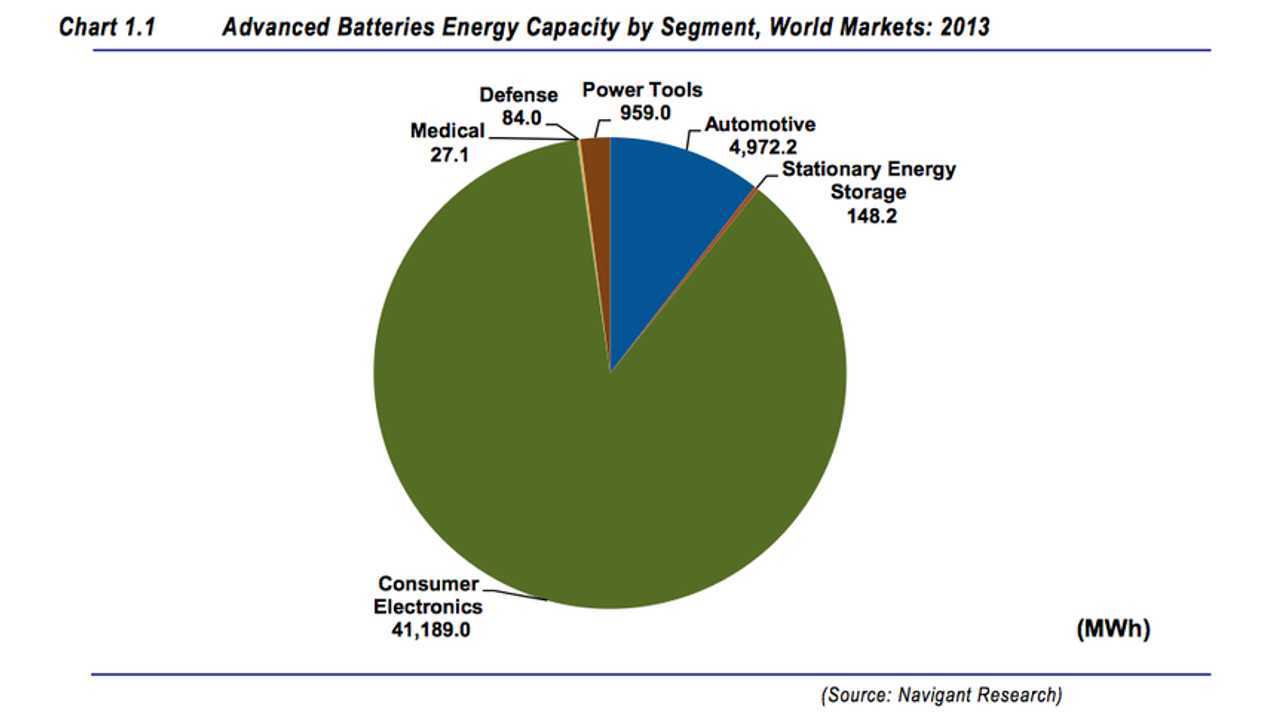 "The advanced batteries industry saw continued growth in 2013. Demand for batteries as an alternative means to power vehicles, grid management equipment, and devices increased in multiple industries around the world."

States Navigant Research, who concludes that in 2013, the advanced battery industry "shipped 47.4 GWh of batteries... the majority of which went to consumer electronics."

In 2013, automobiles accounted for only 10.5% of all lithium-ion battery (out of the 47.4 GWh shipped). Navigant adds that both the automotive and energy storage sectors are growing significantly though.

As for battery chemistries, Navigant states:

"When measured by cell shipments, more than 99% of advanced batteries were made with lithium ion chemistries in 2013. Li-ion continues to be the primary chemistry utilized in consumer electronics, power tool, automotive, medical, and defense applications."

Though lithium-ion dominates, there are some energy storage applications which are seeing growing use of flow, sodium metal halide, sodium sulfur, and aqueous sodium ion batteries.