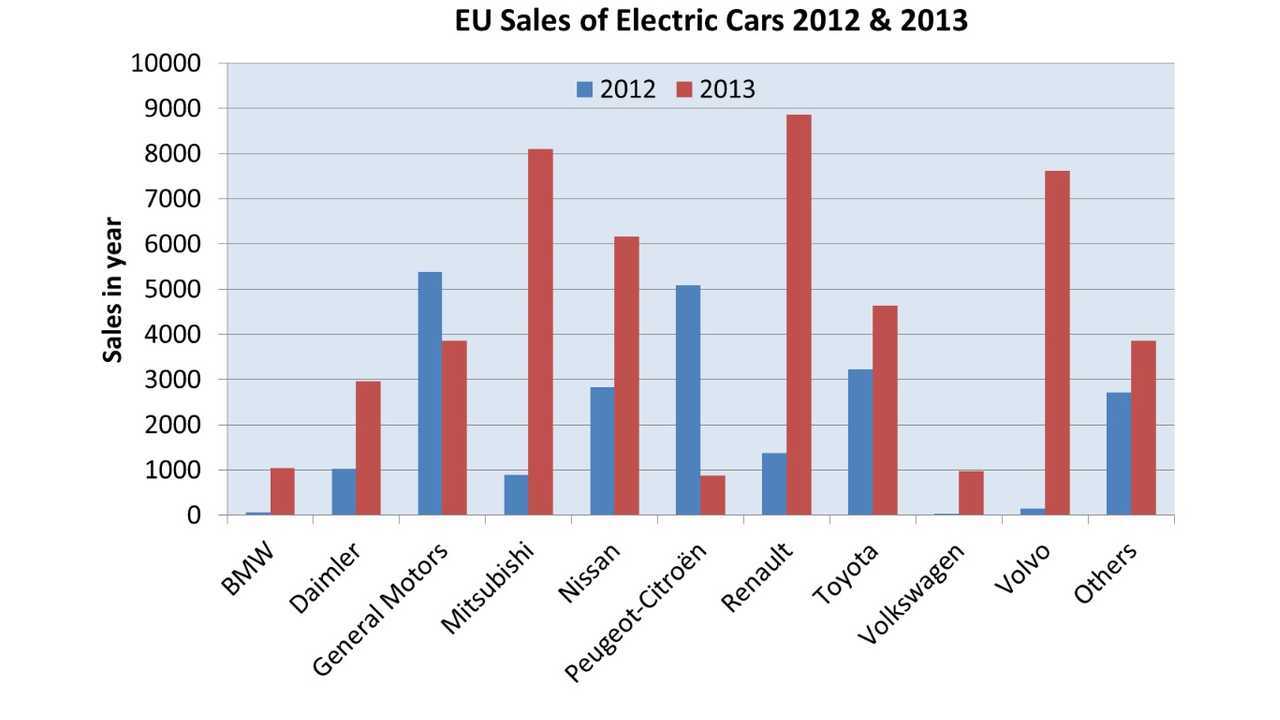 In the Electric Vehicles in 2013: a Progress Report released recently by the European Federation for Transport and Environment we found some additional insights into the European EV market.

The best selling models in 2012 lost momentum in 2013 (see Opel Ampera or Peugeot Citroen iOn/C-zero as examples) and were replaced by newcomers like Renault ZOE, Mitsubishi Outlander PHEV or Volvo V60 Plug-in.