BMW i3 Involved In Minor Fender Bender In Los Angeles 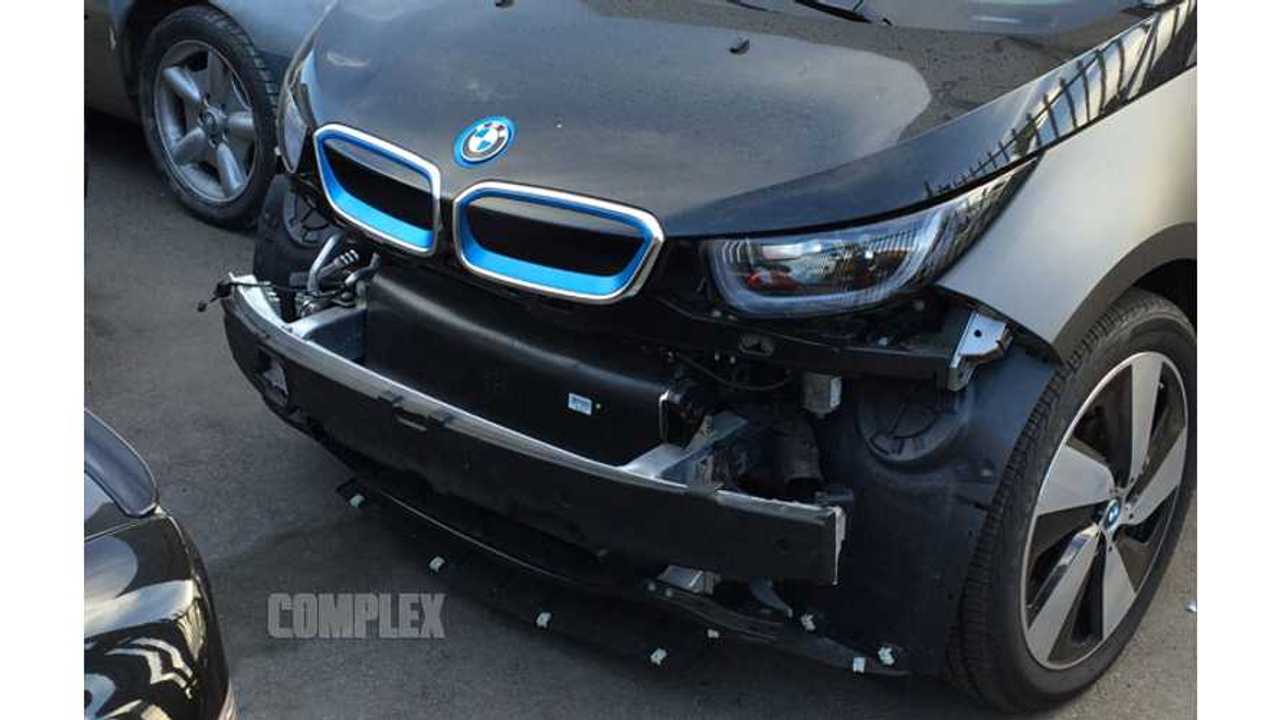 BMW i3 Gets Wrecked

Not the most breaking news on the planet, but nonetheless interesting enough to see how a BMW i3 does in a small car crash. We’ve already showed you how to fix a BMW i3 after an incident and judging by the photos below, the process seems to be simpler than in conventional cars.

A writer of Complex.com spotted a lightly wrecked BMW i3 at the RDBLA Collision Center in Hollywood, California.

The model spotted has the Giga World package with 19-inch wheels and a leather/wool interior.

Here is how he describes the incident:

However, fortunately for those involved, and unfortunately for the curious, the accident wasn’t severe enough for the car to test its real-world crash capability. It appears that it was a big enough to ruin the front bumper and knock out the fog light (seen in the passenger seat), but small enough not that it appears not to have compromised the frame or main construction of the 81-mile-range, 170hp car.

With the full details missing, it is hard to assess how the i3 really does in a more severe crash but nonetheless, the i3 scored 4 out of 5 starts in the NCAP crash test.