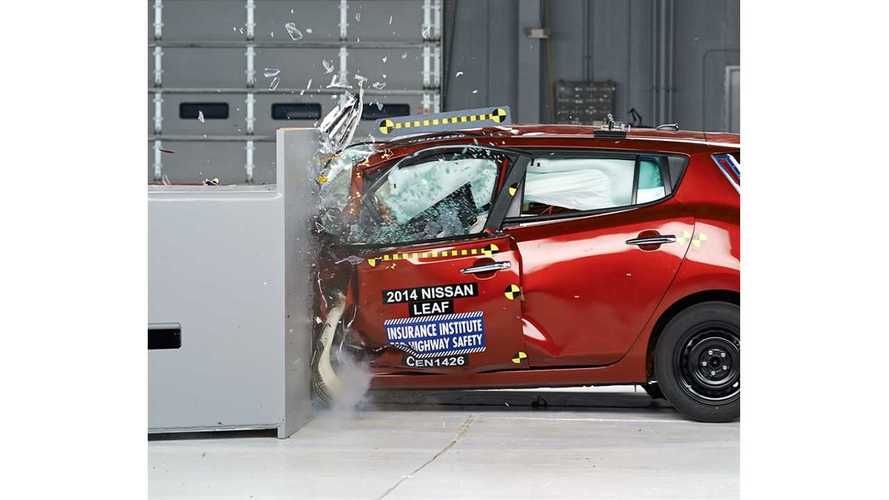 Volt #1 - Nissan LEAF Near The Bottom

“Electric vehicles have a unique challenge in the small overlap test because of their heavy batteries. The Volt performed reasonably well, earning an acceptable rating, while the Leaf struggled.”

The small overlap test has proven to be difficult to pass for most vehicles available today.  The Nissan LEAF is no exception.  Its poor score means that Nissan will surely have some work ahead in trying to get it at least to the acceptable rating in the years ahead.

Images of the LEAF struggling through this test are seen below:

The dummy's position in relation to the door frame, steering wheel, and instrument panel after the crash test indicates that the driver's survival space was maintained reasonably well.

Door hinge pillar and instrument panel intrusion was extensive and contributed to a high risk of injuries to the left knee and left lower leg and a significant risk to the left thigh.

During the crash, the dummy's head and torso barely contacted the airbag before sliding off to the left as the steering column moved to the right. The side curtain airbag did not extend far enough forward toward the A-pillar.

And this is what the LEAF's poor small overlap rating looks like on video: