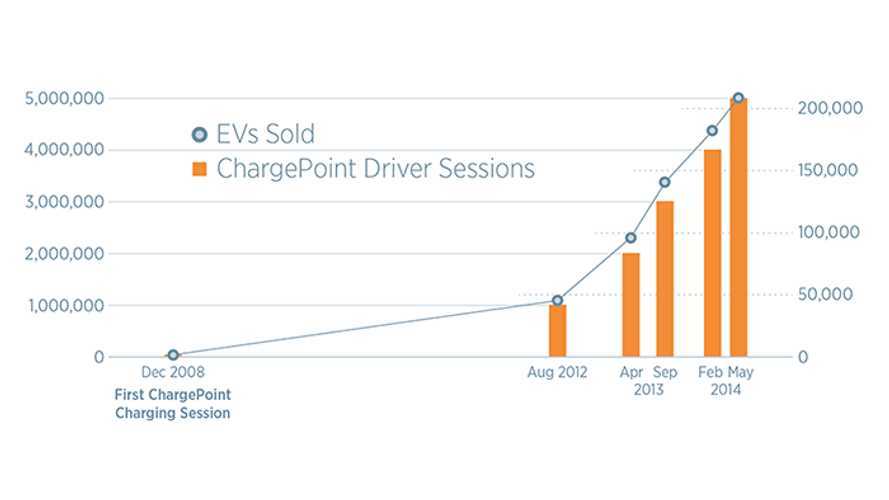 ChargePoint recently happily announced that May marked another milestone of 5 million charging sessions. At the same time, cumulative sales of plug-in cars in the U.S. exceeded 200,000.

The Californian company, describing itself as the largest and most open EV charging network, noted that its first charging session was in December 2008, making us well aware of how many years have passed since EVs began to take hold in the US.

The first million sessions were achieved in 3.5-years in August 2012 and from then, everything accelerated rapidly.

The latest million took just three months and now someone is plugging into the ChargePoint network every 9 seconds on average.

"We expect this pace to continue as more models become available, prices continue to drop and drivers continue to realize how EVs are better – they’re more reliable, cheaper to power and maintain, better for the environment and provide a more thrilling driving experience."

ChargePoint Network & Other networks (all AC L2 and DC fast)

Then we turn off the AC Level 2 points and checked on DC fast chargers. On the first map, a large part belongs to Tesla Superchargers and the former ECOtality Blink Network (now Car Charging Group's Blink Network).

But when we focus only on ChargePoint, we see that its number of DC chargers are growing, from the first installed in November 2012 to 69 in June 2014.