Chevrolet Volt Sales In US Continue To Improve - Over 2,000 Moved In July 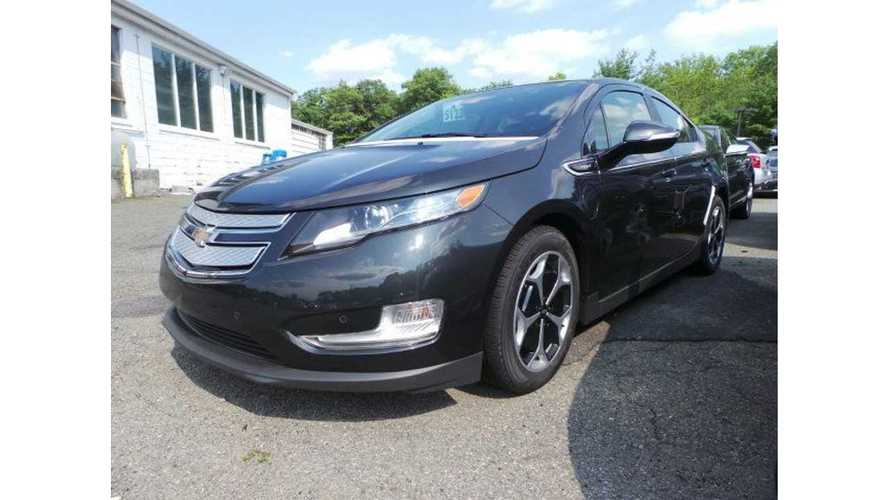 If You Squint Incredibly Hard You Can Read This Volt's VIN To See It Is Indeed An All-New, 2015 Chevrolet Volt...Now With A Larger 17.1 kWh Battery!

Even though overall Chevrolet Volt sales were down against 2013 numbers heading into this month, General Motors had posted month-over-month gains for every month during 2014 so far - so the trend had been heading in the right direction of late.

July was no different

For the cumulative year to date, the Volt is still down 8.7%

Surprising us this month was the heightened production of the new 2015 model year Volt which we didn't see coming at all.

After a Spring-push at the General's Hamtramck production facility that saw 2014 Volt inventory peak somwhere around 9,000 units in June, a further 1,500-odd 2015s ended this month on dealer lots as well.  A level which would seem to indicate only 1 of 2 things:

Earlier this month we also broke the news that the 2015 Chevrolet Volt now comes with a larger capacity battery.  Out is the 16.5 kWh pack in favor of 17.1 kWh of power.

We spoke to Kevin M. Kelly who is the Manager of Electrification Technology Communications and he confirmed to us that the battery had indeed increased in size, and that drivers could expect to see some range improvements.

“We did make an engineering change in the battery cell used in the 2015 Chevrolet Volt, which resulted in an overall storage capacity increase from 16.5 to 17.1 kWh.

This is a part of our effort for continuous improvement.  As a result of this change, we would expect that some customers may see a slight improvement in overall EV range.”

Separately, some aggressive discounting on the Cadillac ELR really paid off in July as 188 were sold - a new record for the luxury extended plug-in!