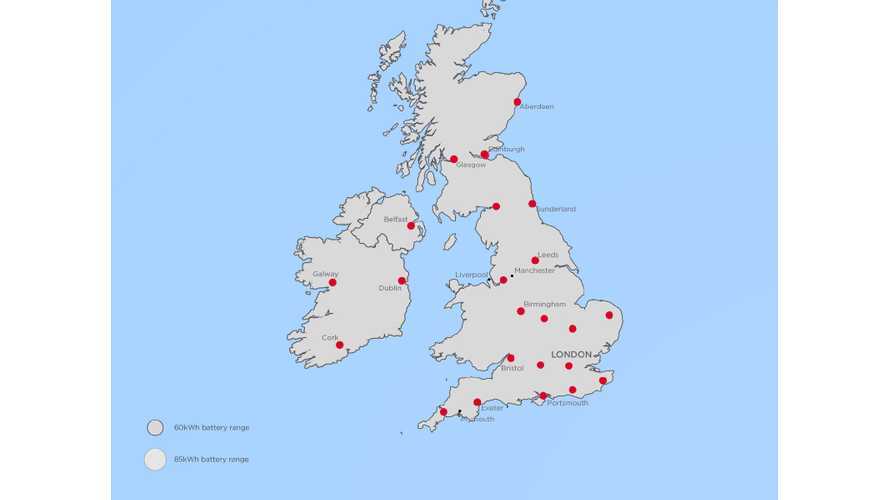 Recently, we uncovered a more detailed Tesla Motors's plan for Supercharger rollout in the UK and Ireland up to the end of 2015.

By September, England will have 4 Supercharging stations on-line. Then, another 7 will be added by December 2014 (11 total).

Next year, Tesla plans to install another 12 stations and fully cover both UK and Ireland. In total there will be 23 stations on the islands.

Some noted cities to be inside the Supercharging network over the next 18 months are:

For sure one of the factors, which could delay some of the installations in the UK, is clash with Ecotricity on charging point locations.