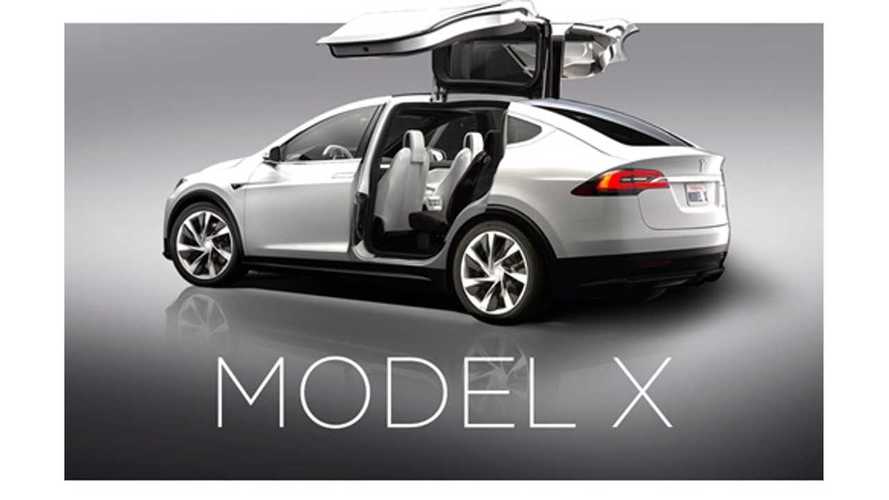 Tesla Motors sent out a production update on the Model X today, and while there was no pricing announcement, there was still some serious points of interest.

Prototypes of the Model X will now arrive in the fall from Tesla's newly expanded production line in Fremont, California,  with production of actual reservation holder's vehicles will now kicking off in "early 2015".

The full content of the update is noted below, but of interest, Tesla did take the opportunity to slip in the fact that the 3rd row seating is now an option; something that most would-be Model X holders assumed would be part of the package.

Also, Tesla chose to feature the 'not-yet-approved' camera side mirror version of the Model X in the update (below) as well as the standard version (above) - obviously hoping to be able to offer them shortly after production begins