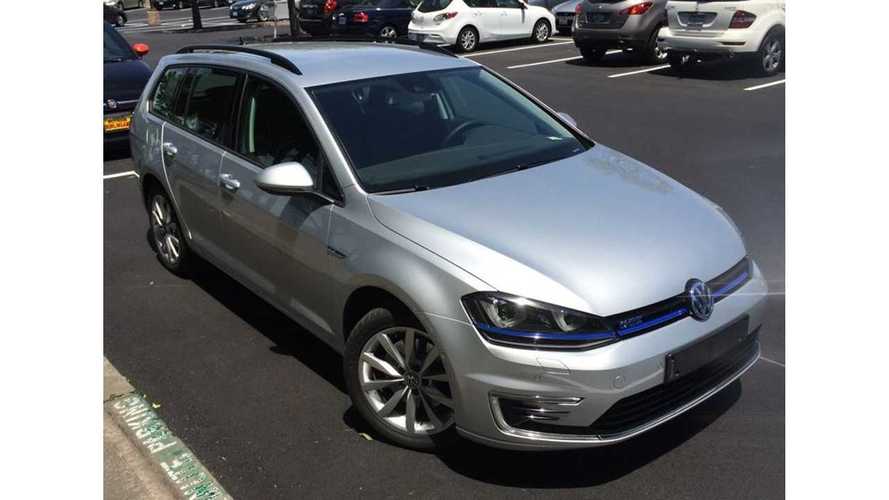 "Seen near San Francisco International Airport in San Francisco—could we in the US be getting a GTE wagon!?!?"

This is the never-before-seen station wagon version of the Volkswagen Golf GTE.

Officially, VW insists that the Golf GTE won't be sold in the US, so why's this wagon version here on US soil?

As we adamantly stated in the past, the VW Golf GTE is coming to the US, despite what VW tries to make us believe.

Maybe...just maybe Volkswagen wasn't telling a fib when it stated that the Golf GTE won't be sold in the US.  It could be the case that VW doesn't offer the Golf GTE in the US and instead offers only the Golf GTE SportWagen variant.

The all-new 2015 Golf SportWagen launches in the US in Q1 2015.  We suspect this PHEV version will follow later in 2015.  The question now is will the US get both the Golf GTE and the Golf GTE SportWagen?  We sure hope so.