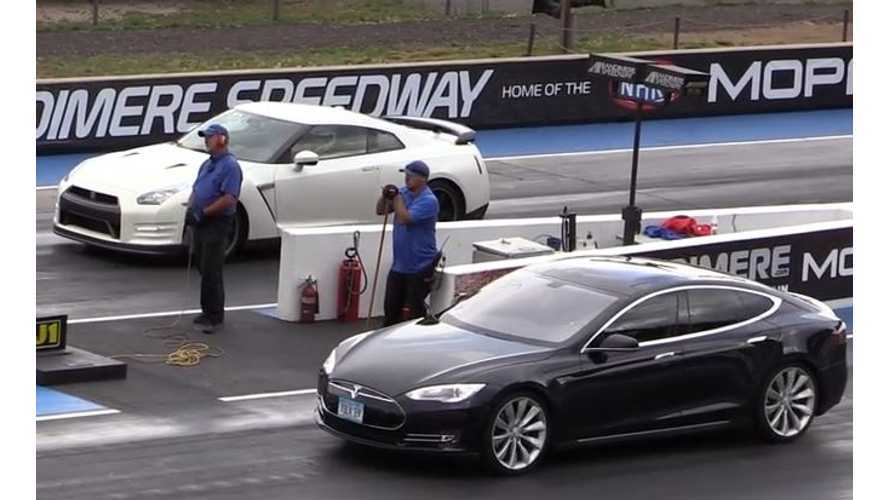 At the drag strip, at elevation, how does the Tesla Model S fare against a 2014 Nissan GTR?

Does the altitude give the Model S an advantage?  You bet it does, but is that advantage enough for the Model S to overcome the Nissan GTR?

Watch the video to find out.