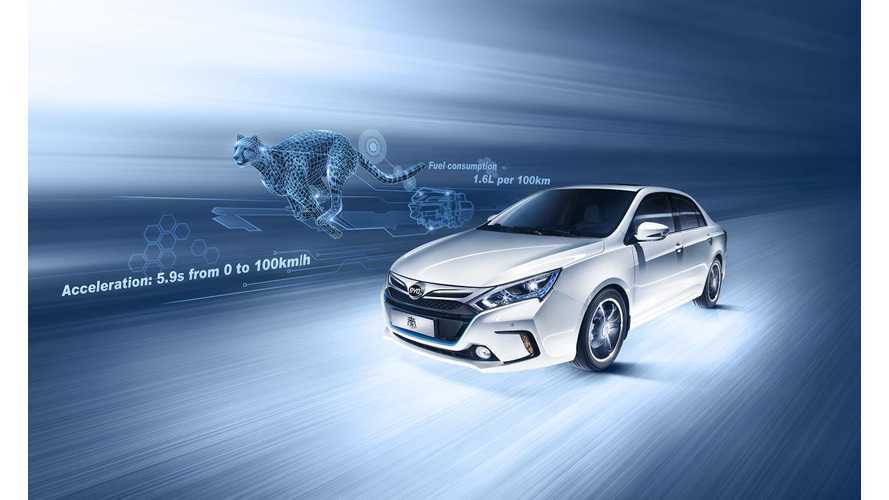 According to The Wall Street Journal, in an article entitled "China’s wealthy consumers are falling in love with electric vehicles, China is becoming a more and more attractive market for electric cars.

Due to high demand, both companies see supply shortages for batteries and a need to increase production capacity. In the case of BYD, the waiting list for Qin is at least two months.

The Chinese manufacturer hope that 2014 will be breakthrough year:

"While BYD’s outlook is rosier than in the recent past, sales remain modest. Despite a $232 million investment from Warren Buffett‘s Berkshire Hathaway Inc. in 2008, BYD has struggled for years to get China to adopt electric cars. The company said in March that it hoped to sell 20,000 electric vehicles in 2014, a big increase from some 2,000 sold last year. “New energy vehicles still have a long road ahead before mass adoption,” Nomura adds. “Hence, they are not a threat to traditional gasoline vehicles in the foreseeable future.”

Earlier this month, a BYD executive, anticipating strong sales growth, told the Wall Street Journal that 2014 “is an inflection point for China’s electric-car industry,” with cities and provinces outside the company’s Guangdong base beginning to offer subsidies for consumers to purchase hybrid cars."

On the Tesla side, we read that demand is strong too, but as always in China, the service network and charging infrastructure are mentioned as barriers:

"By Nomura’s reading, U.S. luxury electric-car maker Tesla looks set to make headway in China as well. “Tesla has attracted strong demand from both high-income individuals and enterprise customers,” the bank wrote. Many potential customers outside of Tesla’s service areas can afford to install charging stations themselves, helping to resolve bottlenecks in charging infrastructure for the all-electric cars, according to the report."