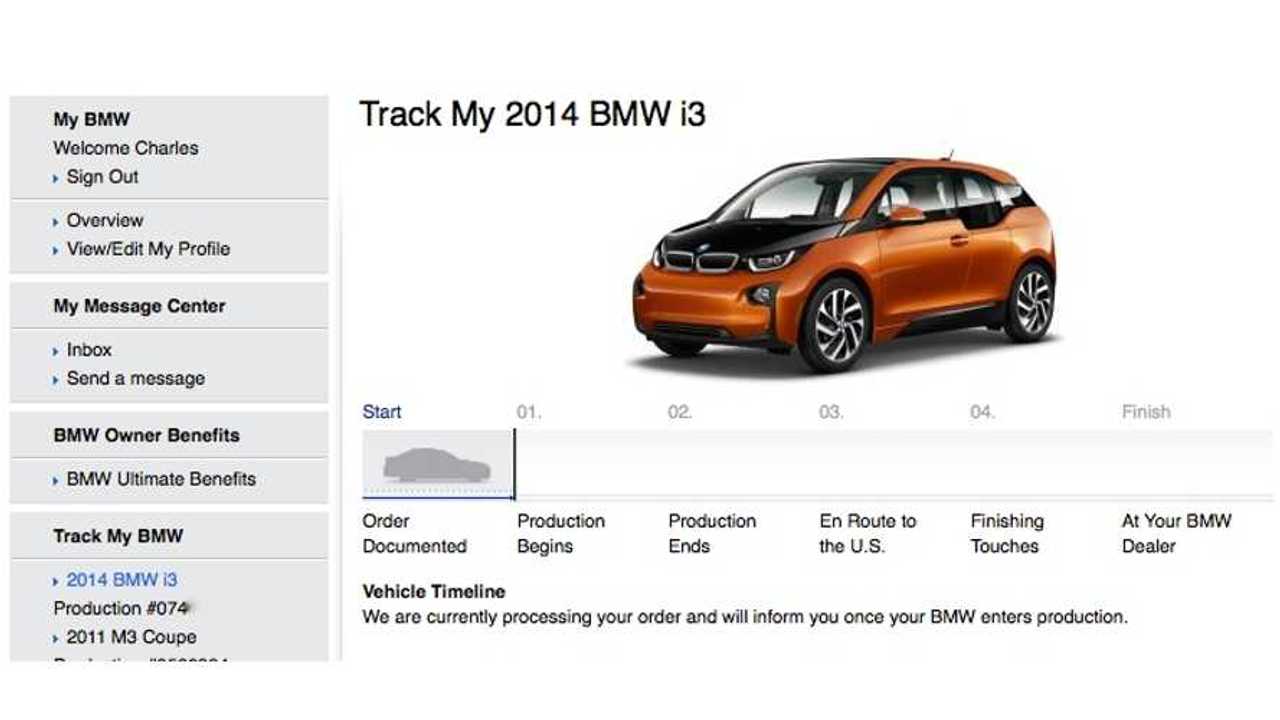 BMWBLOG’s 2014 BMW i3 in Solar Orange just went Status 150 – Production Started today and we have our VIN.

Choosing an i3 wasn’t a difficult decision. The tough decision, however, was deciding to get an i3 with or without the Range Extender. The i3 REx has so much going for it with roughly twice the range and with an onboard generator to cure one’s range anxiety. Ultimately however, we elected to go for the pure electric variant given our daily driving range and desire to immerse ourselves in a pure electric driving lifestyle.

Got electric car range anxiety? The i3 Rex has the cure. The i3 REx has a rear-mounted 650cc, 34 hp, two-cylinder, gasoline-powered generator, which roughly doubles the i3’s range. In the U.S., when the battery gets to about 6%, the Range Extender kicks in. The Range Extender never directly drives the vehicle’s wheels as it instead just generates electricity.

The system also adds roughly 330 lbs. to the vehicle curb weight and has a fuel capacity of 2.4 gallons in Europe and 1.9 gallons in the US. Choosing an i3 REx adds $3,850 to the base price of the pure electric (BEV) i3. In our case, our daily range doesn’t really exceed 50 miles, so we felt comfortable with the i3 pure electric. It will be interesting to see how the range fluctuates with Midwestern winters.

Though we didn’t really want parking assistant, the Rear View Camera and Park Distance control were more of a necessity as we will be backing our i3 into the garage to its charger. We are, however, looking forward to playing around with the Parking Assistant just to see how far this technology has come. Finally, we specked our i3 in Solar Orange and heated seats, which completed our order.

To Lease Or To Buy

This one was actually far more difficult than I thought. I have never leased a car before as I like to buy and hold my cars longer than the typical lease. Though there is no right or wrong answer here, my main reasoning here is that I’ve never owned an electric car before and this is an easier way to tiptoe in. Leasing will give me a defined amount that three years of driving will cost. Others feel that the lease is such a bad deal that they recommend purchasing. Even our EV expert, Tom Moloughney purchased his i3 REx.

A definite downside to leasing is that BMW gives you only $4850 of the $7500 tax credit where other manufactures like Nissan give you the full credit when you lease their Leaf electric car. BMW states that they can only claim the $4875 in a lease. Owner’s Choice is one way BMW does give you a way at capturing the full $7500 tax credit via a $7500 loan that is due when you turn the i3 back in. The purchaser claims the credit on their taxes and keeps the dollars amount to pay back at the end the agreement term.

Charging The i3 From A Solar Array

An electric car plus a Solar array is a pretty sweet combo. We have a 12 kW system for our house and in July we have consumed 32 kWh while producing a daily average of 53 kWh. It is summer and the days are longest but even in the winter, I am hoping our Solar System will produce more than we consume. So we should be able to drive our i3 BEV on solar power while still being a net producer.

We have a production number and the i3 is expected to go into production the week of August 4th.