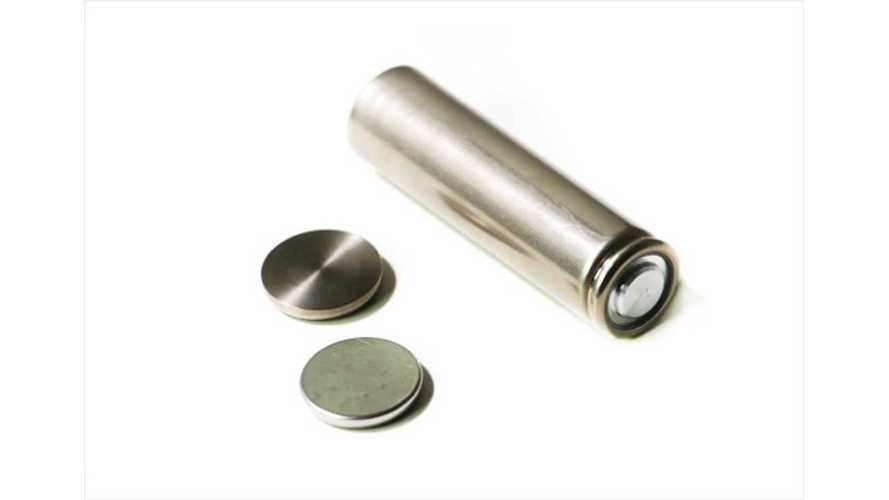 Power Japan Plus recently revealed its dual carbon battery.  Now comes an announcement that this summer, together with Team TAISAN, we will see the introduction of the first electric vehicle to use Ryden dual carbon battery cells.

Power Japan Plus will supply battery cells, while Team TAISAN will build the battery pack and test it in a go-kart in harsh summer heat conditions this August. Then, we will see a second stage with the cells used in full size racing car.

"Racing group Team TAISAN and materials engineer Power Japan Plus have formed a partnership to develop an electric racing vehicle, which will be the first in the world to use the Ryden dual carbon battery. Under this partnership, Power Japan Plus will provide Ryden cells and Team TAISAN will leverage its vast experience in international racing to optimize the battery and develop a battery pack and management circuit."

"Development will start with a go-kart powered by the Ryden dual carbon battery, which will undergo endurance testing in harsh summer heat conditions this August. The team will then build a full scale EV racing car driven by a Ryden battery pack. Team TAISAN will conduct endurance and safety tests on the electric racing vehicle at its facilities in Chiba Prefecture, Japan, with a goal for the vehicle to debut in a Japanese EV racing competition."

Interesting is the Team TAISAN's opinion (see video) on the lithium-ion batteries in the Tesla Roadster, when used for racing purposes, failed to live up to expectations. Team TAISAN noted that batteries used by Tesla were vulnerable to heating and the Roadster wasn't able to maintain continuous performance.  The Japanese team was forced to swap the pack for a new one after just 10,000 km or 6,200 miles, paying $25,000 for the new pack.

"Team TAISAN has faced many roadblocks with conventional battery technology, the danger of thermal runaway being the most prevalent. Intense heating prevented other electric vehicle (EV) racing cars used by TAISAN from running continuously. In searching for a solution to this problem, Team TAISAN discovered the Ryden dual carbon battery developed by Power Japan Plus."

Of course we need to add that the Tesla Roadster wasn't designed as a proper racing car.

Team TAISAN is looking for batteries with high energy density, but which can withstand extreme heat. According to the press release, the Ryden dual carbon battery will fulfill those needs because it has energy density (comparable to today's lithium-ion batteries), but with a much faster charge time and extreme resistantance to heating during operation.

“We have faced a number of issues with electric vehicle batteries up until now. The Ryden battery from Power Japan Plus is the solution we have been searching for. We will first develop a battery capable of withstanding the rigorous demands of racing, before advancing the technology for use in commercial applications."

Dou Kani, CEO and co-founder of Power Japan Plus remarked:

"Team TAISAN has profound experience in automotive technology, especially with the high demand world of motorsports. I am confident that by working together with Team TAISAN, we can produce an irreplaceable electric vehicle battery unlike any ever made.”

Here is description of Team TAISAN:

"Established in 1983, Team TAISAN is recognized as one of Japan’s most prestigious racing teams, with a total count of 72 victories. Among these victories, Team TAISAN has won 13 Japanese national racing championships – eight during the last 20 years – at the All Japan Grand Touring Car Championship (JGTC) / Super GT (SGT). The team has also won six overseas championships, including The 24 Hours of Le Mans in the GT class in its very first attempt, going on to complete the race a total of six times. The team has also been actively involved in EV endurance racing in Japan. Team TAISAN was an early adopter of the Tesla Roadster, champion at the 2011 ALL JAPAN EV-GP SERIES, as well as the modified EV Porsche 916 model, which completed four, one-hour endurance races hosted by the EV Club, with third place honors in the lead-based battery class."