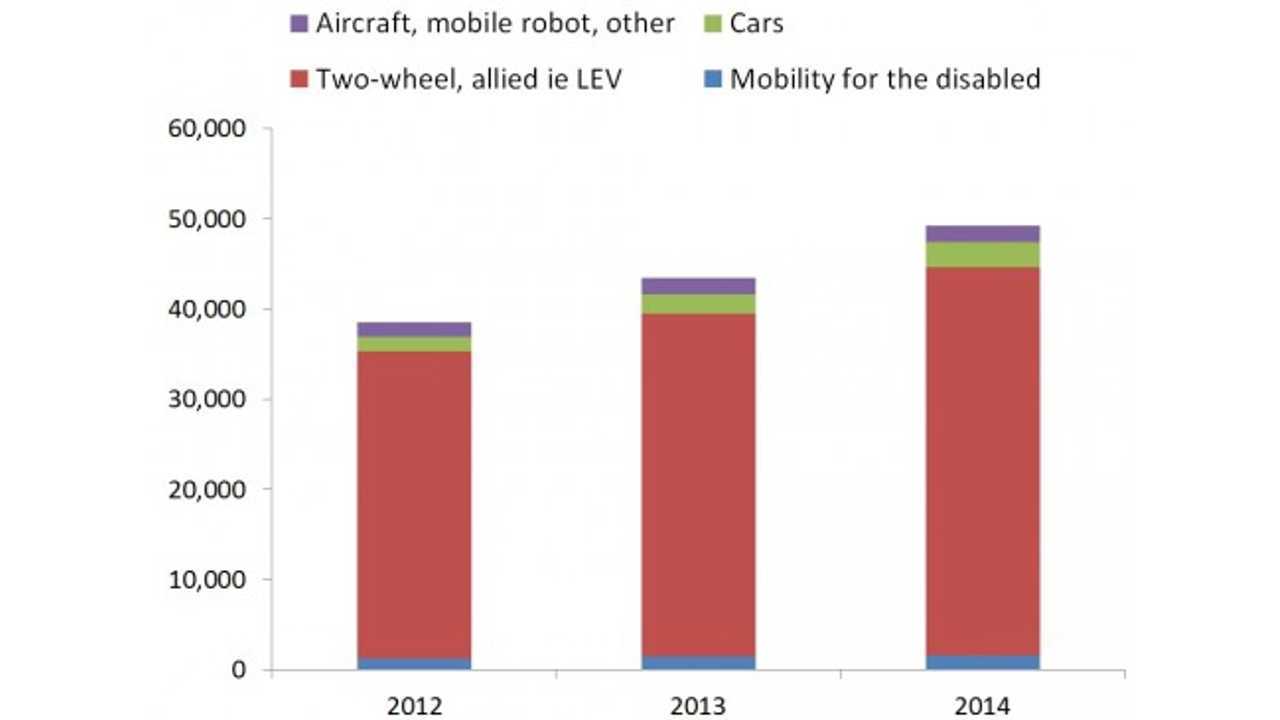 According to the new IDTechEx report "Power Electronics for Electric Vehicles 2013-2023: Forecasts, Technologies, Players," the market for traction inverters used in hybrids, plug-in hybrids and electric vehicles will double in 10 years.

"The demand for inverters and electric power conversions is already well established in the automation and industrial control industries, which are also growing at considerable pace. The addition of a significant complimentary emerging electric vehicles market will create new sectors for existing inverter and power electronic component suppliers as well as create opportunities for new players - particularly those with specialist EV knowledge and those able to develop added value through highly integrated electric powertrain systems."

As every electric motor needs an inverter, not strange that on the graph attached above we see domination from millions of electric bicycles - typically equipped with brushless DC motors (BLDC).

"For sheer volumes, inverters in light electric vehicles such as electric bicycles dominate now and will remain so by 2023, with these being largely in Asia, meeting everyday personal transportation needs in large industrial cities. However, by 2023 inverters and converters in passenger vehicles will dominant by market value as high volume production is established and cost of ownership and range anxiety are reduced."

Beside the growing number of inverters and value of the market, new power electronics will be smaller and lighter:

"The user demand for greater all electric range will push inverter and converter designers to optimise overall system efficiency. This, together with the requirement to reduce overall package size and system cost will result in the adoption of new materials and control algorithms and undoubtedly require a move towards higher levels of system integration"