Volkswagen And Mitsubishi Dominated Germany Plug-In Market In May 2014 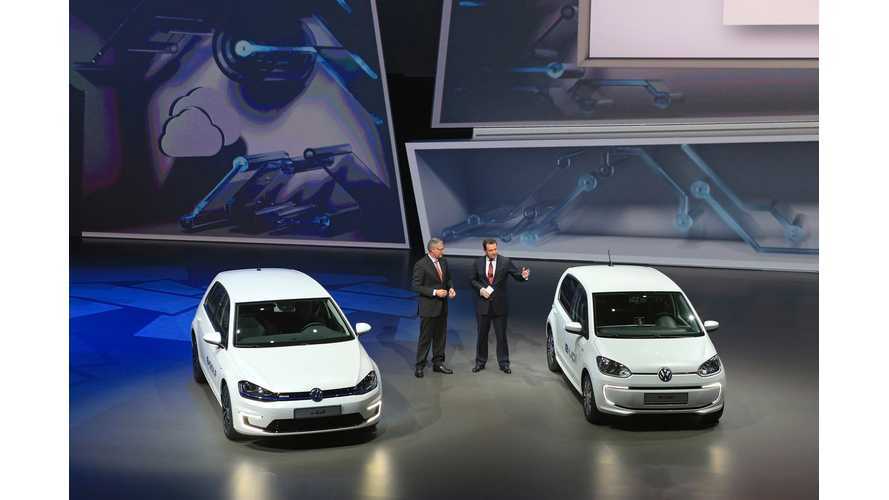 We already found most data on which cars contributed most to the record high 1,469 plug-in registrations in Germany in May, of which 934 were pure EVs and 535 plug-in hybrids.

As it turns out, EV registrations were dominated by Volkswagen and PHEVs by Mitsubishi. All other brands were left behind.

Volkswagen had 453 registrations of EVs, however any available data does not break this down between e-up! and e-Golf (we have indication that e-up! is no more than 320 and e-Golf no less than 133). 453 is almost half of all EVs. Second best was BMW i3 with 255 registrations, from which 121 are classified as EVs (without REx). Then we see 106 Renault ZOE and 104 smart fortwo electric drive.

On the other side, Mitsubishi Outlander PHEV had 293 registrations. This is 55% of all PHEVs and second best in this segment was left far behind.

There is no question that the best selling plug-ins in Germany are made by German brands. BMW i3 reached 1,167 registrations this year (722 or 62% don’t have REx). Volkswagen (probably mostly e-up! with some part of first e-Golf sales) has 884 registrations YTD. After five months, electric smart is third best with 505 registrations.

This year, Tesla Model S has 344 registrations  in Germany (less than the 391 for Renault ZOE but more than the 300 Nissan LEAFs), however this is less than one month's worth of Model S sales  in Norway.

Newcomer Mitsubishi Outlander PHEV with over 400 registrations YTD is close to the all-German podium this year (BMW, VW and smart).

EV registrations in Germany - May 2014