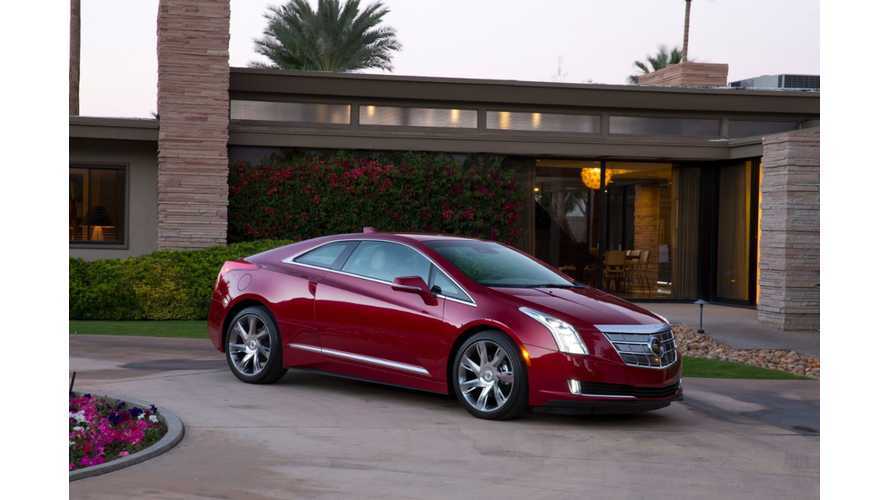 Just as we expected, the Cadillac ELR joins the Nissan LEAF and Chevrolet Volt as third model that can be equipped with Evatran's PLUGLESS wireless charging.

For Evatran, this is potentially an important milestone move into the luxury plug-in segment.

Sales of 3.3 kW units should start on September 1.  Evatran accepts advanced orders now.  The press release does not contain prices for the ELR, but we believe that the kit for ELR will be similar to the Volt. General prices for PLUGLESS start from $2,470.

Of interest is whether or not GM will change its promotion of an EVSE station included with every ELR for someone who'd prefer to charge wirelessly.

"The PLUGLESS L2 offers the ultimate in convenience and simplicity for today's electric vehicle driver. Completely eliminating the plug-in process, the PLUGLESS system ensures the EV owner is getting the maximum electric range out of his electric vehicle by ensuring that every time he parks, he's charging. The system charges as quickly as conventional corded systems and all vehicle features, such as charge-timers and phone applications, can be used seamlessly with the PLUGLESS system. The system also has the industry's only safety certification from Electronic Testing Laboratories (ETL)."

"After two years of field trials with partners such as Google, Hertz, and Duke Energy, the PLUGLESS System was made available to individual Nissan LEAF and Chevrolet Volt owners in early 2014. Evatran has since completed installations from Montreal to Austin to Los Angeles and has on-boarded over 30 certified installation partners in the process."

Three new premium model announcements by the end of 2014

Two other models will get the PLUGLESS kit offer by the end of the year.  Evatran says "premium" EVs, so we believe that the BMW i3 is among them.

"The launch of the Cadillac ELR system is an important milestone for us. Our intention has always been to make convenient wireless charging available to all electric vehicle drivers. Until now, we've focused on perfecting the system for LEAF and Volt drivers. It's now time to shift our focus to expansion to more EV owners across the country and across the world."