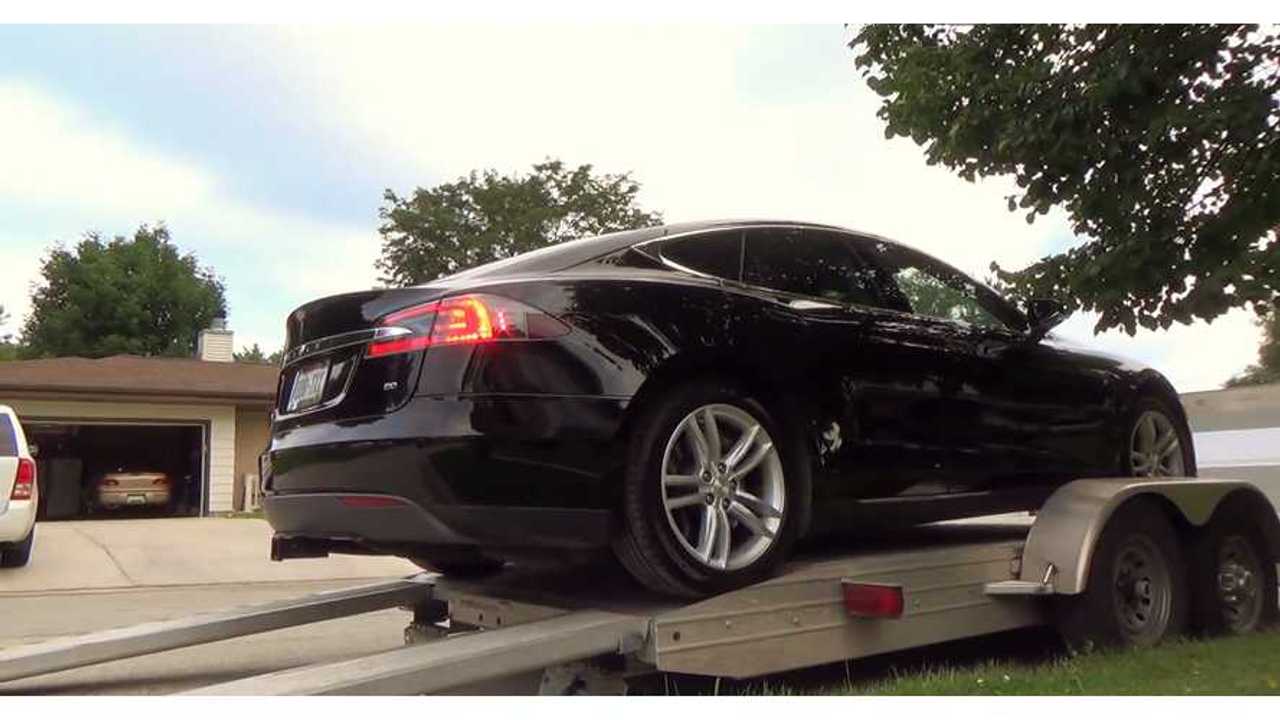 "At 34,000 Miles on my Tesla Model S, I had a failure of the battery pack. Specifically, the contactor in the pack failed. Tesla replaced it with a new pack. While inconvenient, I would like to outline and display the whole ordeal. Once again, Tesla has the best service I've ever received from a automotive company!"

Road Side assistance to the rescue!

We're not trying to discourage anyone from buying a Model S (automobiles will occasionally have issues no matter how well built).  Rather, we're focusing on Tesla's customer service.

As you will see in the video above, Tesla Motors did everything it could to take care of Kman.  In fact, saying "going above and beyond" is an understatement.

Kman states in the video that Tesla service even took care of other things not mentioned.

This goes to show you that with Tesla, customers come first.

From the initial battery pack failure to getting his car back took exactly 3 days. Tesla provided Kman with a rental car.

Kman was reunited with his Model S with a brand new "B" battery pack. His new max charge has a range of 211 miles. Whats not to like about that? You can view the charging of the new battery pack in the video below.