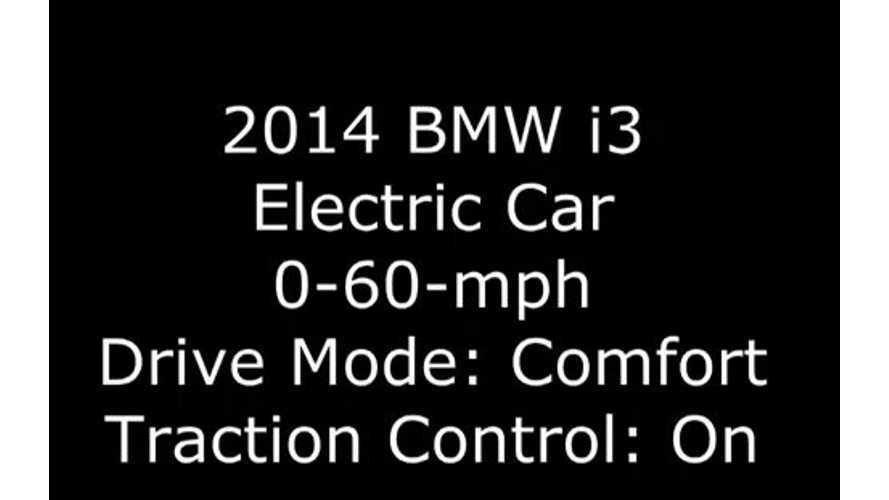 Officially, BMW claims that the i3 REx will zip from 0 to 60 MPH in 7.9 seconds. The only production electric quicker than the i3 REx (other than the limited run/compliance RAV4 EV) is the Tesla Model S.

But unofficially, it appears as though the i3 REx is even quicker than BMW claims.

In this video you'll see several attempts taken to achieve the quickest 0 to 60 MPH time in the i3 REx.

The 7.9 second time is beaten, but by how much and how's it achieved (what customizable settings provide for the quickest time)? Watch the video to find out just how quickly the i3 scoots from 0 to 60 MPH.