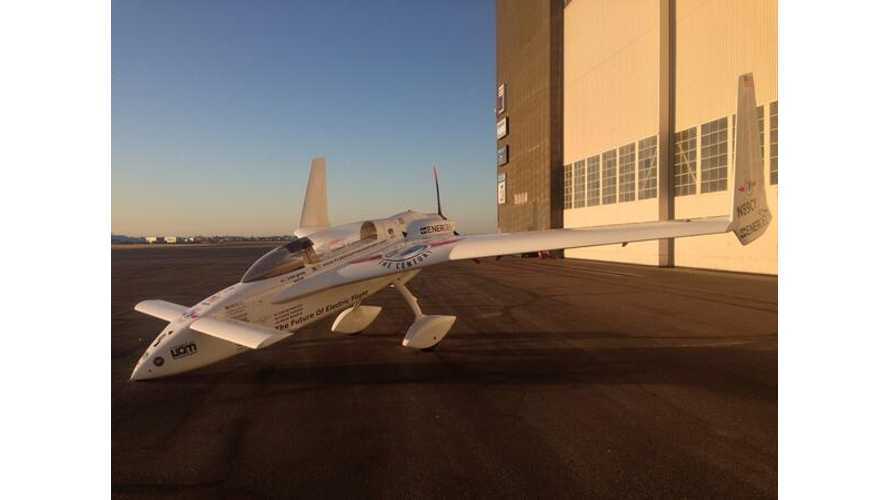 "The world sanctioning body’s approval comes on the heels of the announcement by the National Aeronautic Association (NAA) of the five record-setting performances by Electric Vehicle Pioneer Chip Yates, as he continues to advance electric vehicle technology."

"Yates’ first record came in July 2012 when he became the first person in history to break 200 mph in an electric airplane (after receiving his pilot’s license the week before). In 2013 he raised the top speed to 220.9 while setting a Guiness World Record in front of a crowd of 100,000 at the California Capital Airshow in Sacramento."

As of today Chip Yates has 18 world records, including 10 for world’s fastest electric motorcycle. The latest five for airplane, which just became official are:

Separately, we see an interesting comparison of Long-ESA experimental airplane and conventional Cessna and Cirrus, which in many cases are not so agile.

As it turns out, Long-ESA can climb at 2,000 feet per minute until it runs out of energy, while the gas guzzlers - just like racers in Pikes Peak - need oxygen and struggle more with climbing with every foot of elevation.

Sadly, the amount of energy in battery pack of Long-ESA is enough only for short flights at full power or 1-2 hours with conservative speeds.

The world is now waiting for the long-range transatlantic all-electric plane, which will be recharged mid-air by battery-filled drones! Yates and his team are currently developing such a machine, so stay tuned for another milestone.