Nissan e-NV200 Being Tested In US By Portland General Electric 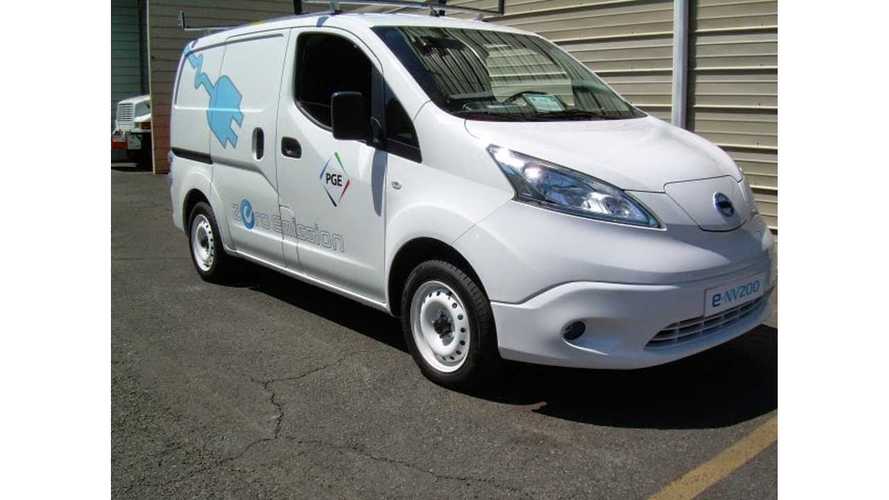 Nissan has teamed with Portland General Electric (PGE) on a "six-week trial to help determine the viability of an electric commercial vehicle in the U.S. market."

Of course, the vehicle Nissan is referring to is the Nissan e-NV200, Nissan's second global electric vehicle. PGE has "assigned the e-NV200 into its fleet of vehicles with an underground crew, replacing a larger, diesel-powered van."

In this way, Portland becomes the "proving ground for Nissan’s prototype electric commercial vehicle," according to Nissan.

“Oregon has been a top five market for Nissan LEAF sales in the U.S. due to proactive policies at the state level to encourage EV adoption, as well as robust charging infrastructure championed by the state and others like PGE. If we determine that e-NV200 fits into the U.S. commercial vehicle market, we expect that Portland would be a leading driver for sales as well.”

“EVs have already demonstrated their value as a sustainable choice for personal use, and fleet electrification is the logical next step. We’re excited to see firsthand the impact the e-NV200 can have on our own fleet and to help other companies understand the potential it represents for them.”

Nissan e-NV200 goes on sale this summer in Europe and later this year in Japan.

"This year, Nissan is deploying two e-NV200 prototypes with companies such as PGE and FedEx in top U.S. EV markets including California, Georgia, Oregon and Washington, D.C. to determine how businesses could use an all-electric cargo van to meet their day-to-day requirements."

Turning its attention to the LEAF, Nissan says this of the EV's popularity in the Portland area:

"Sales of Nissan’s all-electric LEAF are poised to accelerate further in Portland. Portland is one of the first markets to receive Nissan’s “No Charge to Charge” promotion, which provides two years of no-cost public charging to customers who purchase or lease a new Nissan LEAF beginning April 1, 2014."