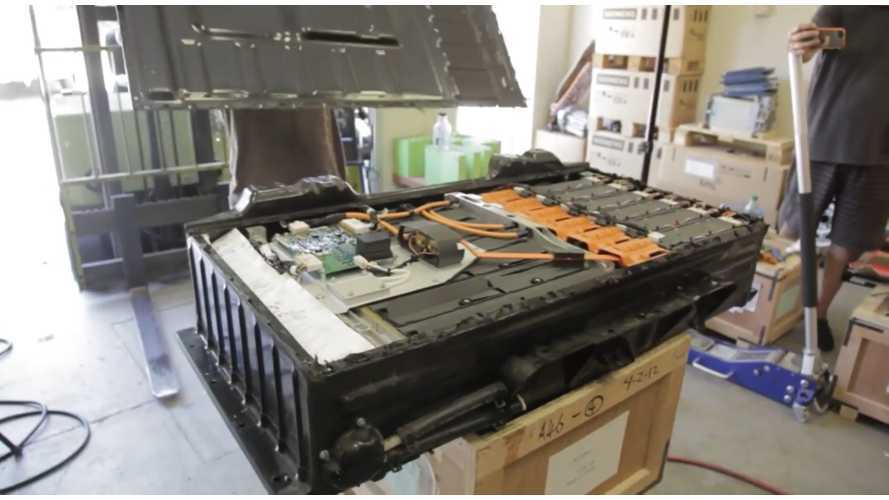 Jehu Garcia form Electric Samba Series is back after several weeks without video updates and is now presenting the Tesla battery pack and modules without cover with some help from EV West.

The packs comes from an unknown model (for sure not from Roadster or Model S, but some commentators believe that this could be Toyota RAV4 EV, but we rather think it from an older electric smart.

Update: confirmed it is a Tesla pack from a last gen smart ForTwo ED

After tests, it turns out that those packs consist of six modules rated for some 3 kWh each. This would bring us to approximately 18 kWh.  Weight is just 42.55 lbs per module.

Cells are rated for 2,500 mAh on average after 5,000 miles, so these are not the highest energy ones for sure, but still decent nonetheless.

Jehu Garcia is testing those modules in his own eSamba project.  However, of more interest is the announcement that there could be hundreds of such batteries available soon together with chargers. Well, we'll stay tuned for sure.