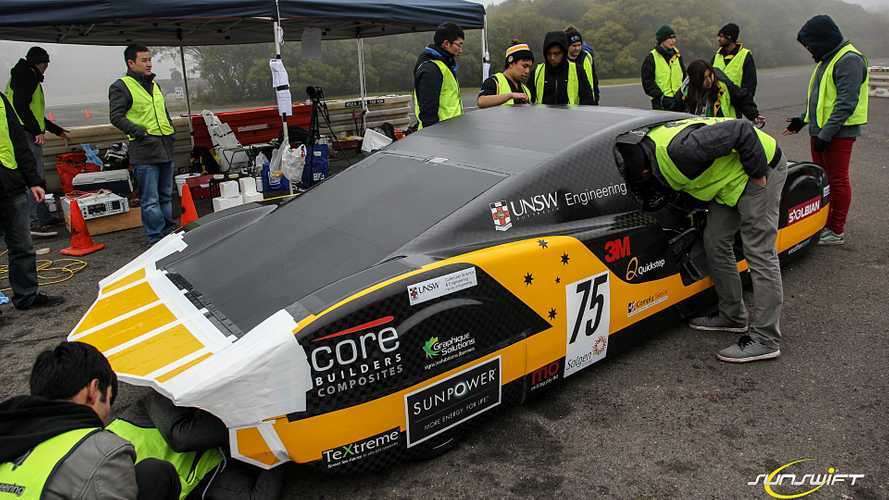 We recently posted on the Sunswift Team's preparation to break the solar land speed record. (More information regarding that here)

Although because this was recent, The Fédération Internationale de l’Automobile (FIA) still has to confirm it for the record to be in the books.

The attempt was done off a single charge, without any power supply whatsoever from the solar panels as shown on the vehicle.

Everyone is positive that the FIA will confirm the record and it will be in the books. Once that is done, Sunfwift gets a step closer towards creating a road legal & registered vehicle.  The hope is that someday Sunswift will be able to convince the world that solar EVs are feasible as everyday drivers.