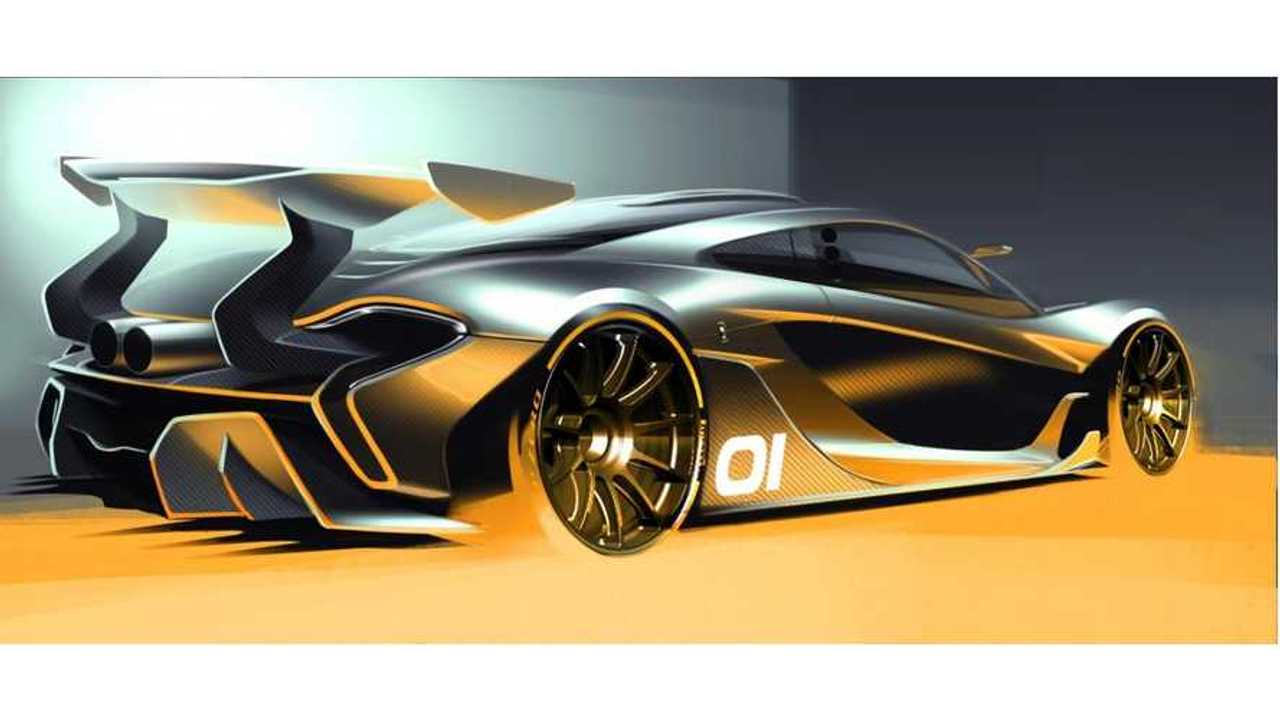 Though it exists only as an official McLaren sketch right now, McLaren has confirmed it’s production-bound. Production volume will be “scarcity limited” though.

The actual McLaren P1 GTR will be revealed in the flesh at the 2014 Pebble Beach Concours d'Elegance on August 15 (tomorrow),  Production of the P1 GTR is set for June 2015.

The P1 GTR is the pumped-up, track-only version of the plug-in hybrid McLaren P1.

With 986 HP on tap, the P1 GTR will likely become the quickest and fastest plug-in hybrid ever made.

“Production of the most powerful McLaren ever is scheduled to kick off after the 375th and final road-legal P1 has been built, with availability restricted to buyers who already own one of those original models.”

So, if you don't own the road-legal P1, then there's no chance you'll be able to buy the GTR version.