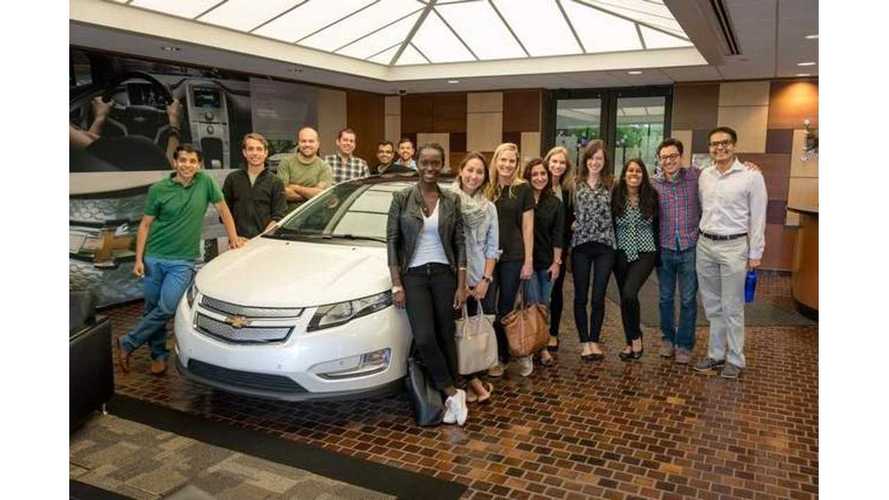 According to the Detroit Free Press, "a nonprofit called MBAs Across America, which has 32 MBA students from six different universities criss-crossing the nation this summer, working with young companies in 25 cities" has received a dozen Chevrolet Volts, which were donated by General Motors.

GM CEO Mary Barra was contacted by the non-profit.  As it turned out, the non-profit wasn't seeking money, but rather more reliable transportation.

In stepped General Motors with 12 Volts.

“And as it turned out,they weren’t asking for money. They were asking for help with transportation, which was a huge opportunity for us to do something that’s not only great for the communities involved, but also we’re able to showcase some technology, so we’ve provided Volts.”

Michael Baker, a co-founders of MBAs Across America, commented:

“One of the most exciting moments so far in the program was receiving the call from Detroit a few months ago that GM was donating the Volts.”

So, if you see a group of Volts crossing the country, they might well belong to MBAs Across America.  For more on this non-profit, click here.