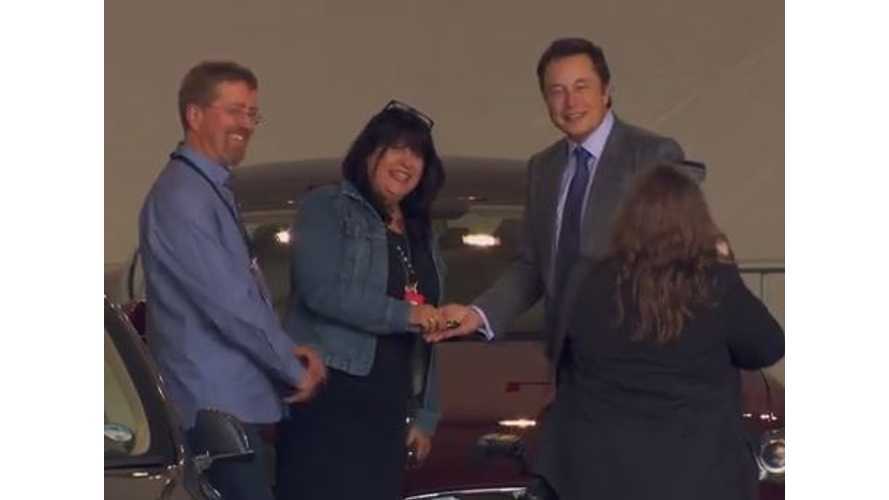 When Musk Talks, The World Listens

Of particular interest is Tesla CEO Elon Musk, who briefly takes to the stage to discuss the Supercharging network in the UK, which will allow for free travel over the whole of the island by next year.

"At an event at Tesla's first Superchargers in London over the weekend, CEO Elon Musk handed over the keys to the first five owners of the right hand drive Model S. Tesla is just beginning a rapid rollout of Superchargers in the country, but by the end of next year Model S owners will be able to drive the length and breadth of the UK and Ireland relying only on the free-to-use Superchargers for energy, which means they can pack a lunch for the trip and leave their wallets at home."