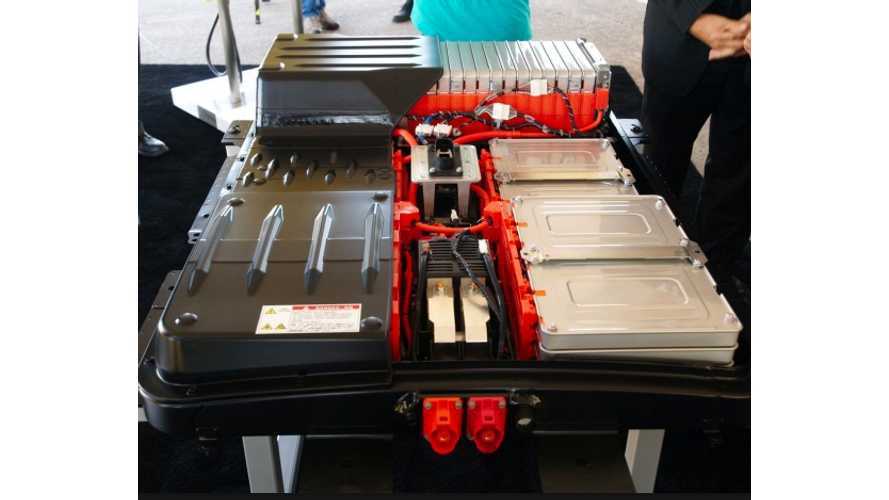 In June Nissan LEAF owners got some long-awaited answers about how much a new battery replacement for their all-electric car would cost them.

As Plug-In Vehicles Age They Lose Storage Capacity - And Therefore Range.  So Knowing The Cost To "Start Again" Is High On Any EV Owner's Mind

Full story on the replacement program itself can be found here.

It is worth noting that even if you had an older LEAF, with an older chemistry, this replacement would bring you to the 2015 standard.

The 2015 Nissan LEAF battery, while still rated at 24 kWh, is "more durable in extremely hot climates" according to the company.

As there is not a lot of data about how much batteries are costing the automakers these days, we all naturally did the math from this news - $6,499 / 24 kWh = $270/kWh...that was provided that Nissan was neither profiting or losing money in the transaction

Now comes word via a nifty exclusive by Green Car Reports that Nissan is actually losing a little bit of money whenever they sell a new battery in exchange for an old one; Nissan does not sell the battery on its own.

Jeff Kuhlman, Nissan's VP of Communications, made the following statement to the outfit when asked about the actual cost of manufacturing the batteries:

"As you can imagine, we don’t share those figures for competitive reasons."  But he did elaborate when it came to the battery replacement program itself, "Nissan makes zero margin on the replacement program. In fact, we subvent every exchange."

Also of interest from the Nissan VP?  The company has yet to make its first "battery sale".